Want to win a brand new Wi-Fi Kindle 3? All you have to do is leave a comment on this post, and you can have your chance! For more chances to win, visit the main contest page. Every participating blog you visit gives you another chance to win!
This post is part of Moira Rogers’ Wild Web Adventure Promo. For full rules and disclaimers, or to hold your own kindle contest, visit the contest post. Winners will be chosen during the first week of April.http://www.moirarogers.com/blog/archives/3473 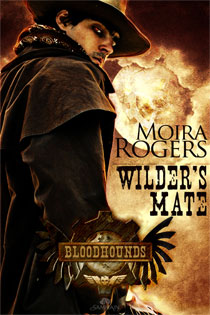 
Wilder Harding is a bloodhound, created by the Guild to hunt down and kill vampires on America’s frontier. His enhanced abilities come with a high price: on the full moon, he becomes capable of savagery beyond telling, while the new moon brings a sexual hunger that borders on madness.
Rescuing a weapons inventor from undead kidnappers is just another assignment, though one with an added complication–keeping his hands off the man’s pretty young apprentice, who insists on tagging along.
At odds with polite society, Satira’s only constant has been the aging weapons inventor who treats her like a daughter. She isn’t going to trust Wilder with Nathaniel’s life, not when the Guild might decide the old man isn’t worth saving. Besides, if there’s one thing she’s learned, it’s that brains are more important than brawn.
As the search stretches far longer than Wilder planned, he finds himself fighting against time. If Satira is still at his side when the new moon comes, nothing will stop him from claiming her. Worse, she seems all too willing. If their passion unlocks the beast inside, no one will be safe. Not even the man they’re fighting to save. 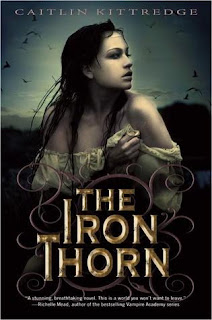 
In the city of Lovecraft, the Proctors rule and a great Engine turns below the streets, grinding any resistance to their order to dust. The necrovirus is blamed for Lovecraft's epidemic of madness, for the strange and eldritch creatures that roam the streets after dark, and for everything that the city leaders deem Heretical—born of the belief in magic and witchcraft. And for Aoife Grayson, her time is growing shorter by the day.

Aoife Grayson's family is unique, in the worst way—every one of them, including her mother and her elder brother Conrad, has gone mad on their 16th birthday. And now, a ward of the state, and one of the only female students at the School of Engines, she is trying to pretend that her fate can be different.

I feel so bad but I just could not get thorough the book. I forced myself to read through half of it and just could not continue to read it all and skimmed through to the end. It felt like every page was 10 pages long and everything was way over explained. The more I read the more I found that I just wanted the page to end and get on with the story. The plot was a good plot and the world building was fantastic, but uggh I really just could not connect with it at all. I was going to purchase the book and I'm glad that I decided to borrow it from the library instead.

Evercrossed (Kissed by an Angel #4) by Elizabeth Chandler
The Hunt of the Unicorn by C.C. Humphreys
Immortal with a Kiss by Jacqueline Lepore
If you see a mistake or know of another release that is not listed let me know!! Happy Reading
Posted by StacyUFI at 6:00 AM No comments: