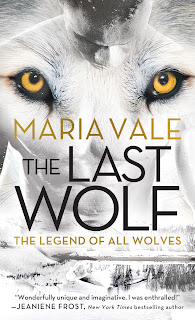 
For three days out of thirty, when the moon is full and her law is iron, the Great North Pack must be wild.

In which Silver, in an act of mercy, kills her former shielder

Maria Vale is a journalist who has worked for Publishers Weekly, Glamour magazine, Redbook, the Philadelphia Inquirer. She is a logophile and a bibliovore and a worrier about the world. Trained as a medievalist, she tries to shoehorn the language of Beowulf into things that don't really need it. She currently lives in New York with her husband, two sons and a long line of dead plants. No one will let her have a pet. Visit her at https://www.mariavale.com/.