UFI welcomes Michael Griffo Author of Unnatural. Thanks for Joining us!! 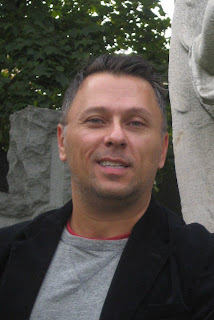 
*If someone asked your Best Friend “Who is Michael?” what would they say?
That’s a hard question because it’s been so long since I’ve had a best friend. I guess the first thing they might say is that he’s the new kid at school, the American. Then they might say that he’s pretty smart and is really happy to be someplace new for the first time in his life. They’d definitely say that he likes school and is the kid who’s always got his hand up in class, not sure if they’d think that was cool or not, but that’s what they’d say. Oh and that he really loves St. Joshua’s library!

They’d also say that he’s funny, not loud and obnoxious like Fritz is funny, but funny in his own way and knows how to make everybody around him laugh. He’s also really easygoing and likes to try new things, he’s up for a trip into town whenever someone wants to go or hanging out at someone’s dorm room, he’s not the life of the party, but he definitely is someone you want to have around if you’re throwing a party. And he’s a really good swimmer too!


* How would you describe your move from Weeping Water, Nebraska to Eden, England and your first impression of Archangel Academy?


The move here was pretty quick, one day I was in Weeping Water dreaming of getting out of there and the next day I was. It was also very sad because of the circumstances around why I left, but I’d rather not go into all of that. I was really sad on the plane and nervous, but by the time we landed I guess I had time to sort all of that out. I mean, don’t get me wrong, when we landed I was still nervous, I had no idea what to expect, but I had told myself that this was the way things were supposed to be. This is what I had always wanted, you know, to move away and live someplace else, this was going to be my new life. But it was still a huge change for me.

I was kind of bummed out at first because my father was supposed to meet me at the airport, but he had to go on a business trip and couldn’t make it. It kind of made me remember all the times when I was growing up that he said he was going to do something and then at the last minute he bailed. So at first I have to admit that I was a little disappointed, but then I figured, well, he’s a businessman

and, you know, business trips, come up, that’s life. Turns out it really was for the best because his driver drove me to the school and I got to just relax in the back seat of the car and not have to make small talk with my dad – oh, I don’t know if you know this, but I haven’t seen my dad in years and hardly talked to him so we don’t’ really know each other that well. Anyway, on the drive over I got to think about everything, but nothing prepared me for seeing Double A for the first time. Double A is what the kids call Archangel Academy.

It was like walking into a book or something, like actually stepping into the past. First of all it’s in the middle of nowhere in the countryside and all the buildings look like they were built hundreds of years ago. They’re all small, stone buildings, really beautiful, but not like anything I’d ever seen up close before. Even the smell in the air was different, everything was fresh and new, and I absolutely loved it. From the moment I set my eyes on this school I loved it and more than that, I don’t know if you’ll believe me, but I felt like I belonged here. I felt like this was the place I was thinking about all my life. This place felt like home to me the moment I set eyes on it.


*Are you in a relationship?

Well, um, yeah, kind of. With Ronan. It’s hard to talk about because it’s still so new for me. I’ve never been in a relationship before. I’ve spent so much time dreaming about it, thinking that someday I’ll find someone I want to go out with and now that it’s happened it’s wonderful, but it’s also really scary, if that makes sense. In a lot of ways it’s exactly the way I imagined it would be and then in other ways it isn’t. It’s just all really new, I guess. But he’s wonderful. There are some days when I can’t think of anything else except him and I have to force myself to concentrate so I can get my homework done. And then there are other days when I’m just doing stuff and all of a sudden I think of him and I smile and it’s like, I can’t believe I’m going out with this guy. It’s amazing and I hope it lasts forever.

Well, I have to say my best friend is Ronan. He and I just click, you know? We have a lot of the same interests – swimming, reading, we both love Double A – and we never have to struggle to find something to talk about. I mean we have our differences, he’s a little more of a slob and I’m kind of neat and he can be so quiet and serious sometimes and I, well, I like to have fun. I guess the coolest thing is that I know that I’m his favorite person and he’s mine

*Anything else you can reveal about yourself to let us know a little more about
you?

I’ve never been happier in my entire life. I had a rough childhood, I really hated Two W, that’s the high school I went to back in Nebraska. I never had any friends and was alone all the time. I tried to make friends, but I don’t know, it just never worked. Thank God I had my books to read so I could forget how miserable everything was for just a little while.

It’s amazing to me that I now have friends here – Ronan, Penry, Phaedra, Ciaran, even Fritz – they’re my friends. I know it sounds like a little thing, but I feel like part of a group now, I don’t feel like I’m going through life on my own and it’s really wonderful. 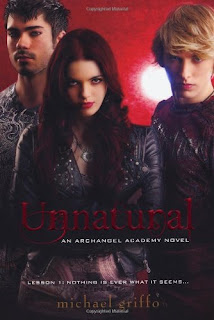 Follow the Unnatural Book Tour
Posted by StacyUFI at 6:01 AM 2 comments: 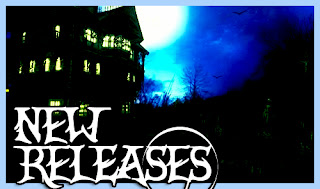 If you see a mistake or know of another release that is not listed let me know!! Happy Reading
Posted by StacyUFI at 5:59 AM 2 comments: