UFI welcomes Author L.J. Epps. Thanks for Joining us!!

Hello my name is L.J. Epps and I am the author of Extinction Of All Children.  Urban Fantasy Investigations thanks so much for having me on the blog today!  I thought it would be fun to talk about who would play Emma and some of the other characters if my novel became a movie.  My dream movie cast would be as follows:

Now back to the characters I mentioned above. Some of the characters playing roles are from the television program Scandal. Maybe it’s because I watched the show so much that when I had a dream about the novel these are the actors and actresses that came to mind to play certain characters.  These are also the actors and actresses that were in my thoughts while writing each scene. I’m not sure who would play baby Abigail so I left that one blank and up to your own imagination.

I do realize that some of the actors and actresses I have selected may not fit the particular age or hair color of the character I have written.  But these are just some fun ideas I like to play around with. These ideas helped me write the novel because I pictured each section as a scene in a movie. Who would you like to see play the characters in my novel?  I’d love to hear some of your ideas!
__________________________________

L.J. Epps is a lover of all things related to books: fiction and nonfiction novels, as well as biographies and autobiographies. She has also been known to sit and read comic books from cover to cover, several times over.

Over the last few years, L.J. has written several manuscripts; her mission is to publish all of them. She enjoys writing fiction in several genres, including contemporary romance and women’s fiction, as well as young adult dystopian, science fiction and fantasy. She loves to write because it immerses her into another world that is not her own. 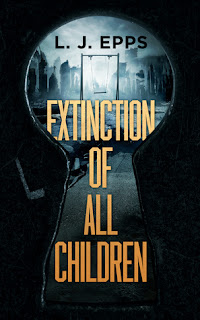 
The futuristic world of Craigluy has been divided into three territories and three economic classes. A large wall separates the territories, so the poor cannot mingle with the rich.

Since President Esther, the ruler over all of Craigluy, believes the poor do not have adequate means to take care of children, they are no longer allowed to procreate. Pregnant mothers are imprisoned until their babies are born, then the infants are taken away.

Emma struggles to understand why she was spared while others weren’t. She doesn’t like the laws and believes they should be repealed. Her family doesn’t agree with her; they discourage her rebellious streak. Yet, she helps them to cover up their own family rebellion. She helps them to hide a big secret, a secret that could be both disastrous and deadly for members of their family.

As she meets new people along the way, Emma learns who she can and cannot trust. And, in the end, she makes a gut-wrenching decision that may be disastrous for everyone.

She finds herself in danger for doing what she feels is right. 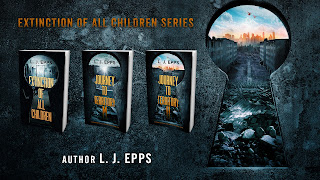 My brain checks back in on the conversation. My mother is still going on about her day.
“I was able to pick up some fruit from the market. The apples and pears were fresh. We can have them for dessert on Sunday, along with the whipped cream Emma picked up.” She puts on a fake smile. “They don’t always have it, since it is only for special occasions. Thanks for going back to the store to get it. I forgot it when I was there earlier. I hope you didn’t have a hard time finding it.”
“It is fine, Mother,” I say, softly.
Sundays are special in Territory L. It is the day families are supposed to stay in and enjoy each other’s company. The day we get to eat chicken or fish, instead of beans and soup. It is the day we play old board games and read old books. Pears and apples are what my mother considers dessert. Maybe this Sunday will be even more special because we’re going to have whipped cream on our fruit. We never had it before. I guess whipped cream will make it look more desirable. So, while Territory U has pie and cake, we’ll have fruit with whipped cream topping.
“Is there any more milk?” Theodore asks.
“I had your sister pick some up on her way back.”
“Yes, T,” I say, chiming in. I always call him T, for short. “There is a fresh carton in the fridge. Try not to drink it all. It has to last for at least the next week.”
I watch as he narrows his eyes in my direction, then he stands with his glass in hand and goes to the kitchen. He is such a child, sometimes I can’t even tell he is nineteen.
“So, how was your day, Emma?” My father turns to me. He just put a spoonful of beans in his mouth. He clears his throat and continues. “I mean, before you ran that errand.”
Every time someone talks about the errand, I cringe. It is as if a knife has been put through my stomach because we have such a hard time even saying what the errand is. And the whole thing leaves a sour taste in my mouth. I try to forget about the errand, for now, and dwell on his question—how my day was.
“If you’re asking me if I found a job yet, I haven’t.” I take a sip of water. “There is not much to do around here.”
“There is, if you want to be cashier at the market or a salesperson at the clothing store.”
“Those aren’t real jobs. Sorry,” I add, glancing over at him.
He has always said it didn’t matter what the job is because any job, even if it isn’t glamorous, should be respected. Judging by the slant in his eyebrows that makes the lines in his forehead crease, he didn’t take kindly to what I just said.
“What I meant to say,” I continue, “is I want to go to college and be a doctor like you, Dad, or a teacher like Mom was. It is not fair—”
“We can’t keep having this discussion every night,” Mother cuts in, her voice curt. “I know it is disappointing that there are no colleges and no continued education for you. And I also know you don’t want any of the jobs the territory has to offer—”
“But that is the way it is, and you have to deal with it,” says Father, cutting her off.
“I’m not hungry anymore.” I push my plate aside.
I know it is foolish because around here you don’t always know where your next meal is coming from, but I can’t stomach the same conversation along with the same dry food every night.
“May I be excused?” I lower my head.
“Yes, Emma. You may.” My mother’s tone is soft. “And Em, things will get better,” she says with sad eyes.
She always says that. I think, more for herself than for me. But things never get better. They always stay the same, or get worse.