Dreamcast for The Red Lily
by Juliette Cross

Though not the full cast, these are the main players in THE RED LILY and the current actors I think would best portray them:
Nikolai—Alexander Skarsgard (RAWR. He has the emotional intensity and masculine beauty of Nikolai.)
Sienna—Jessica Brown Findlay (With red hair, of course, like in Winter’s Tale. Perfection.)
Riker—Theo James (He’d play a terrific honorable hero, loyal cousin to Nikolai.)
Ivan & Evan Barrow—Liam Hemsworth (Twins played by the same actor—handsome soldiers of the Black Lily.)
Lieutenant Aleksander Volkov—Michael Fassbender (As much as I love him as a hero, he’d play a seriously wicked villain.)
Friedrich, Duke of Winter Hill—Jamie Dornan (He has the charm, knee-buckling sex appeal, and the soulful eyes of the vampire duke.)
Grant—Josh Hartnett (He can play the rough-around-the-edges and cavalier rogue very well. Much like his character Ethan Chandler in Penny Dreadful.)
What a fun post! Thank you so much for having me and letting me dream big for a minute. ☺
__________________________________

Find Juliette and her books 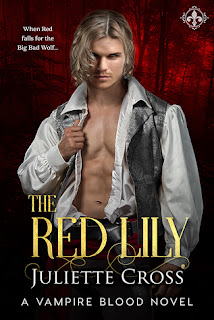