UFI welcomes Kimberly Frost Author of The Southern Witch Series. Thanks for Joining us!!


When in the World Would You Go?
Kimberly Frost

Thanks so much for letting me visit with you today!

I suspect I’m like a lot of readers in that I love the way books transport me to different times and places, where the laws of physics need not apply, but other strange rules may apply. I’ve time-traveled through the Scottish Highlands in the 1700s, ran with werewolves in 1st century Rome, and explored new American cities post-apocalypse. There are so many times and places to explore.

When I began writing the Southern Witch series, I liked the idea of Tammy Jo’s family having a long history in witchcraft, and I enjoy when mysteries that have never been solved are finally resolved. So even though Tammy Jo, like us, lives now, there are characters and crimes from past times that crop up.

Here’s a brief exchange from Southern Witch Book 1, WOULD-BE WITCH, between Tammy Jo and the family ghost, Edie, who lived and died during the Jazz Age:
~~~~~~~~~~~~~~~~~~~~~~~~~~~~~~~~~~~~~~~~~~~~~~~~~~~~~~~~~~~~~~~~~~~~~~~~~~~~~~~~~
I stole a glance at Edie’s exquisite face. With porcelain skin and high cheekbones, she was prettier than a china doll. She wore her sleek black hair bobbed, either straight or waved, depending on her mood and her outfit. Her lips were painted a provocative cherry red today. Rumor had it that Edie had inspired men to diamonds…and suicide. It was generally accepted in my family that one of her jilted beaus had murdered her, but she never shared the details of the 1926 unsolved New York homicide of which she’d been the star.

I opened my mouth and closed it again. I had no idea. Was it hard being a ghost? Was it boring? She was very secretive about her life, er, afterlife.

“What made you visit today?” I asked, still trying for polite small talk.

“I heard you quit your job. I decided to visit in the hope that you might be turning interesting.”

I frowned. Edie could be as sweet as honey on toast or as nasty as a bee sting. “I’m so sorry,” I said. “For a minute I forgot that this isn’t my life. It’s your entertainment.”

Her peridot eyes sparkled, and she favored me with a breathtaking smile. “Did I ever tell you about the time I stole a Baccarat crystal vase from the editor-in-chief of Vanity Fair and gave it as a present to Dorothy Parker? I liked the irony. He fired her, you know.”

“Who was the editor?”

For a chance to win an autographed copy of WOULD-BE WITCH, Book 1 in my Southern Witch series, please visit the comments and tell me:

If you could visit anywhere in the world at any point in history, where would you visit and why?

Thanks again for having me for a visit at Urban Fantasy Investigations! Interested readers should click over later to my website at http://frostfiction.com to check out book excerpts, my new book trailer, and to download “Magic Ingredient” a free Southern Witch short story. 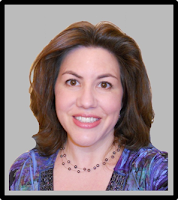 These "Etherlin" books launched in November 2011 with the novella, “First Light".  It appeared in the multi-author Christmas anthology, Tied With a Bow, reaching the extended New York Times Bestseller List.  The subsequent Etherlin novels included All That Bleeds, a featured Barnes & Noble “Must Read Romance”, and All That Falls, a Colorado Romance Writers’ Award of Excellence finalist. 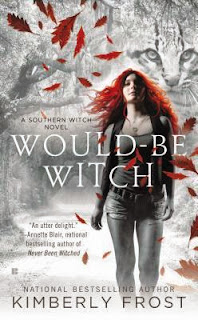 In the small town of Duvall, Texas, the only thing that causes more trouble than gossip is magic.

The family magic seems to have skipped over Tammy Jo Trask. All she gets in the way of the supernatural are a few untimely visits from the long-dead, smart-mouthed family ghost Edie. But when her locket—an heirloom that happens to hold Edie’s soul—is stolen in the midst of a town-wide crime spree, it’s time for Tammy to find her inner witch.

After a few bad experiences with her magic, Tammy turns to the only one who can help: the very rich and highly magical Bryn Lyons. He might have all the answers, but the locket isn’t the only thing passed down in Tammy’s family. She also inherited a warning…to stay away from anyone named Lyons…