UFI welcomes Karyn Henley Author of The Angelaeon Circle Series. Thanks for Joining us!!

I grew up in Texas, the oldest of four girls. Each of us had a specialty in cooking. Mine was baking bread. I still bake bread (my current favorite is butter croissants). When I get together with my youngest sister’s family (she’s the only one who lives nearby), she always asks me to bring the bread – homemade, of course.

Birdwatching. I think animals were the original entertainment. I also knit. Right now I’m knitting squares that I’ll sew together into a blanket – once I get enough squares. I read for pleasure too. And I enjoy watching Masterpiece mysteries and classics on PBS.

My favorite parts are the “aha” moments when I discover that a piece of the story puzzle fits in an unexpected way. In Book 1, Breath of Angel. Melaia was going up a staircase in the palace. As I wrote, I knew some evil force was up there, but I wasn’t sure what it was. When she got to the top, she saw the back of a cloaked figure. When the figure turned, I gasped and said, “I know who you are!” Before that moment, that person was not fully linked to the other characters. After that moment, I knew exactly how he functioned, and what his background was, and he became key to the whole story.

Generally I write at my computer from 10 until 4. I do take breaks, and I’ll even walk around if I’ve reached a point at which I need to think and puzzle out some aspect of the story. Still, that’s a lot of time sitting in one position. If I spend too many days at one desk, my back begins to hurt. So I’ve learned to switch desks. Usually I rotate from my small desk upstairs (which has a nice view of the treetops in my backyard) to my dining room table (which looks out to the front yard, where I have rhododendrons and one of my favorite trees, a tulip poplar). The next day I’ll be at the breakfast table in my sunroom, which has windows all around. It’s a beautiful place to watch birds or rain – or if we’re lucky, a nice snow. You can tell I like windows and nature.

Randy Russell, Dead Rules. Humor and meaning both meld perfectly in this story told from the point of view of the newly dead.

How would you pitch The Angelaeon Circle series to someone who has not heard of it before?

You might compare the series to Ursula LeGuin's Earthsea books or Megan Whalen Turner's Thief of Eddis series. But the Angelaeon Circle is about angels trapped in a world of humans when the stairway to heaven is destroyed. Only the payment of a longstanding debt can restore the stairway, and when payment is demanded, a young priestess and a handsome kingsman find their destinies entwined. It's a deeply layered story with romance, magic, and mystery.

Can you tell us a little bit about the world that The Angelaeon Circle series is set in?

My fantasy universe consists of dozens of inhabited planets, each connected to the central realm of Avellan by a lightbridge, known in some worlds as the stairway to heaven. Angels travel the lightbridges, or stairways, taking gifts (skills, arts, virtues), aid, and messages to each world and escorting the souls of the dying “across the veil” to Avellan. The series begins at a time when one world’s stairway has been destroyed. As a result, angels are trapped in a dying world loosely based on our own ancient Mediterranean culture. Kings rule and send their horsemen to war, merchants travel the roads in caravans, and priestesses heal with herbs and potions. But angels dwell among them in human form, secretly working toward the day when they can restore the stairway to Avellan and return to the heavens. As our story starts, that day is nearing, and the angels are gathering.

Do you have a favorite scene in Eye of the Sword?

I especially like the scene in which Ollena, a woman warrior-angel, coaches Trevin on his swordfighting technique. He didn’t ask for the coaching, but her advice is exactly right. After he wrestles with his pride and finally swallows it, they become good friends, and he becomes a very good swordfighter.

Eye of the Sword looks like it is written from Trevin’s point of view. Was it hard to switch from Melaia to Trevin?

Actually it was not hard at all. Usually when I write a character, I hear that person’s voice in my head. In fact, it’s hard to write if I don’t hear the voice. Book one, Breath of Angel, is told from Melaia’s point of view, but Trevin was such a major part of the story that I heard his voice easily. That said, I was aware of his “maleness” as I wrote and was sensitive to the fact that he would see and respond to events from a male point of view. But I also tried to be careful not to stereotype him. He has his own background and personality, his loves and loathings. He has struggles that anyone can identify with, male or female.

I really enjoyed writing about Ollena. Her independence, assertiveness, confidence, and femininity were a fun mix. She’s also honest and to-the-point when she talks, which I like. No one was particularly hard to write, although Varic was a bit challenging. I think that’s because Varic is despicable, but I didn’t want to make him a flat cartoon-like villain. He had to be dimensional. 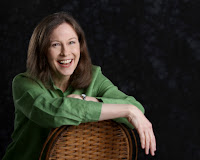 Award-winning author Karyn Henley has written more than 100 titles, including a mix of children’s books and articles; parent-teacher books, articles, and curricula; and preschool musicals and CD’s/DVD’s of original music for children. Karyn revitalized the category of children's Bibles when she wrote the original The Beginner's Bible, which sold over five million copies and was translated into seventeen languages.

Venturing into the young adult market, Karyn’s first book of The Angelaeon Circle, Breath of Angel, hit bookshelves in June 2011 from WaterBook Press (Random House). The second in her fantasy trilogy, Eye of the Sword, releases March 13, 2012.

An accomplished songwriter, Karyn has been a Dove Award nominee and received a regional Emmy Award as Music Composer for a Christmas television special. She has traveled worldwide speaking to parents and teachers about child development and communication with children and teens, as well as entertaining children and their families in storytelling/active movement sessions and concerts.

A graduate of Abilene Christian University (BSEd), Karyn received a Master of Fine Arts degree in Writing for Children and Young Adults from Vermont College of Fine Arts in 2004. 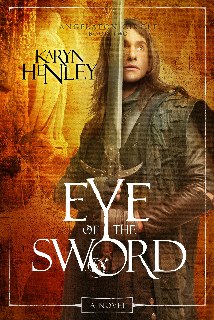 
Where angels walk the ground and the future is told in song, does a man of low rank have a chance at love with a princess?