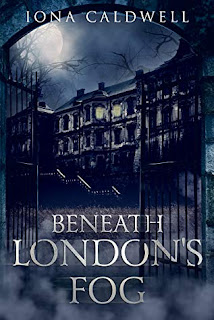 Jonathan is the immortal master of Raven Hollow Manor - a decrepit mansion riddled with superstition, murder and restless ghosts. Beneath it lies a restless malice.

Its previous owner driven mad, violently kills his guests with a rusted ax, creating the perfect venue for Jonathan to seclude himself in a prison of his own device.

When the streets of London begin to run red with blood; the bodies exhibiting disturbing signs and baffling wounds, the identity of the killer remains elusive to police.

The bodies are just the beginning of Jonathan's troubles. A mysterious letter accusing Jonathan of committing the murders appear, raising suspicion in the police. Hidden beneath the mangled bodies, Jonathan soon realizes he is being forced to face demons he thought died in a forlorn past he attempted to escape.

One thing Jonathan knows for certain: He must deal with the demons of his past if he is to survive his future. Not only him but those he has come to love as well. 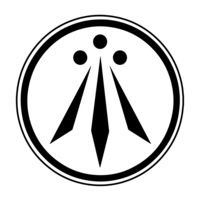 Iona Caldwell is the lover of all things arcane, folklore, nature and magic.

She is the author of the British Occult Fiction, Beneath London’s Fog set to be published by FyreSyde Publishing October 2019. Her second title, Hell’s Warden is forecasted to release in February of 2020. When she’s not busy weaving worlds of the arcane and dark, she’s spending time out in nature. An avid lover of books, Iona claims her biggest inspirations are H.P Lovecraft, Stephen King, Neil Gaiman and Edgar Allen Poe.

She believes storytellers should tell the stories they want to tell. As such, most of her titles are stand-alone novellas she hopes will leave her readers immersed in magical worlds.

She is also an extremely active book blogger who will review primarily horror, suspense, supernatural thriller, mystery, and occult/gothic fiction.