UFI welcomes Author Sophie H. Morgan. Thanks for Joining us!!

I have terrible impulses that I'm helpless against. Like last year, for example, I decided I really wanted to go to Ireland. So I booked tickets for a flight and a hotel in Dublin to go in 6 weeks. I justified it as a research trip. =)

Obviously reading, which is a pleasure as well as part of work. I have a love/hate relationship with walks in the countryside, but my spaniels insist on it. I've also got a terrible weakness for shopping, and when I want something, I work hard until I justify how I can have it.

When it's going well, there's no other high that compares. I love writing dialogue that banters back and forth, that you can practically hear in your ear and sizzles off the page.

I find I write consistently better when I write at least 1000 words per day, though that can climb to 4 or 5000 when I have the day off from my day job. I always have to read back through what I wrote the day before as well, slip back into the story so to speak.

While I wish I was a thorough plotter, I find I straddle the line between plotter and pantser. Even so I need to have at least the next few scenes outlined or the story drifts aimlessly!

I have so many, but to pick the absolute instant buys I'd have to say Nalini Singh, who is a beautiful, strong-with-images writer, Larissa Ione, a new favourite but I devoured her books and always fall in love with her heroes, and Gena Showalter and Kresley Cole, who I find equally hilarious and steamy.

How would you pitch Ashes to someone who has not heard of it before?

In the broken human territory, Ana, a runaway phoenix princess, leads a fight against the corrupt human ruler with her gang of misfits under the name of Liberty. The fly in the ointment is her ex-bodyguard, Cade, who's been hired by the ruler to track Liberty down. The flames he denied so long ago fan to life again as both try to figure out truth versus lie in a city on the verge of rebellion.

Can you tell us a little bit about the world that Ashes is set in?

Picture a world torn apart by supernatural wars that has been divided into different territories and assigned to the strongest races. In the very North is the phoenix territory, named The High Lands, where Ana is originally from. It's fragrant, open, lush. Starkly opposite of where she now hides in plain sight - the human territory, The Southlands. Broken and corrupt like its famed human high ruler, the infamous neighbourhood she and her gang inhabit is called the Maze for its manmade traps that try to snatch innocent life. This world is brutal and the meek do not inherit this earth. Only a few, like Ana and her gang, put their lives on the line to protect them.

Do you have a favorite scene in Ashes?

This is a hard question because a lot of my favourite scenes are tangled up with the plot, so to avoid spoilers, I'll say a scene with Trick - Ana's co-leader - and Ana near the beginning. Ana has just escaped Cade's clutches, unfortunately with a pair of handcuffs attached. She has to begrudgingly ask Trick for his help - to his vast amusement. This scene goes from high amused banter to infuriated accusations. I always smile when I read it.

I loved writing Ana's character. She's so spunky and volatile, prickly on the outside while protecting a vulnerable centre bruised by her parents, Cade's rejection of her love, and a vow never to let herself be hurt like that again. She's earthy, crude, confrontational yet you can't help but root for her to open herself up again.

The hardest was the villain, Edward the Bloody. Trying to convey his desire to advance the human race through his experiments while balancing his outer image so you could believe he fools the majority was really tricky. I didn't want a cookie cutter villain. Ana and Cade deserved a proper villain, but I also wanted to have a villain you could almost see his point and then you'd start to understand why he'd taken in so many.

Well, I'm delighted to say that Samhain Publishing has bought the second in the Divided Kingdom series, which focuses on the other female in Ana's gang, Sapphy. She hides a secret too which she'll have to face along with the reluctant help of the gorgeous Fae Enforcer/ Ambassador, Nathe Amergin. He's as proper as she is loose so watch for the sparks!

Sophie H. Morgan is a paranormal romance author with a love for hot guys, sassy heroines and HEAs that seem impossible. Currently residing in England, Sophie divides her time between her two crazy spaniels and plotting how best to drive her characters into each other’s arms. Ashes is her first book. Reared from birth to rule the Phoenix territory, Ana fled her future and her past when her parents were murdered. Now she secretly leads a rebellion to stop the human ruler, Edward, from experimenting on supernaturals.

When she finds herself cornered by an assassin, she knows just what to do: Roast him and toast him. Then recognition sends blue-tipped flames licking through her veins. It’s Cade, the royal bodyguard who once rejected her youthful confession of love.

When Cade regains consciousness from the force of Ana’s punch, he’s still reeling from shock—and fury. He’d loved the princess, and for ten years he thought her dead. Though his inner jackal growls with desire for her, she is the key to completing his mission for Edward—hunt down the rebel known as Liberty.

Ana can’t believe Cade doesn’t know the truth about Edward. If she can convince him of it, his blade could turn the tide of the rebellion. But first they must get beyond their past, or the whole kingdom could go up in smoke.

Contains incendiary sex between a phoenix princess with a secret identity, and a jackal shifter who can take a lot of heat. Boys from the “hood”, a king jacked up on enhanced DNA, and killer heels. Anybody got a match?

A smile played over his lips, a knowing one. “You were mine, once.”

When his thumb brushed her cheekbone, dipping down to rub her bottom lip, it was all she could do not to purr. For whatever reasons, this man could get beneath her barriers. He could make her lose control.

But he made her remember the past, something that threatened the foundation of the life she’d built for herself.

The door swinging into darkness. Cold, oozing puddles that cling stickily to bare feet. A young voice, wavering as she called out for her parents. Her locket a dull gold, mottled with red where it lay.

With effort, Ana jerked her chin away from his touch. “Get your hands off me, Cade.” With a thin smile, she added, “Only the vampire has those rights.”

That flash of anger. For some reason, the man in front still viewed her as partly his—the jackal, maybe, claiming her. Except jackals were solitary animals.

A growl rumbled through his chest. Keeping eye contact, he stood. When he leaned forward, she flinched, unable to help herself. Whether she was afraid of being touched or tortured, she didn’t know.

His arms flexed with muscle as he worked at something about her head. Something clunked, and the chains fell away from her with a heavy jangle. They lay on the bedspread, innocent and coiled like a false snake.

Grasping she was free, Ana slid from the bed. “Son of a bitch,” she spat, putting out a hand to help steady her. “Iron?”

She lunged at him, confused when her body refused to cooperate. Her biker boots hit the floor as she landed, tottering, two feet away from her intended target.

Focusing inward, she registered how cold her embers were. They barely glittered, a few halfhearted sparks at her prompting. A breath hissed from her.

Phoenixes radiated at around one hundred and twenty degrees; she’d wager she was operating on about human temperature. The lack of heat in the room and lack of food and water equaled her core running on empty. Even as she thought it, the sparks began to disintegrate, sucking inward to preserve the embers at her core.

Determined, she fought through the weakness, charging Cade.

He allowed himself to be thrust backward. “You’re too cold,” he commented. “Hungry. You can’t hurt me.”

“Don’t even try it.” He pushed her away, making her stagger from weak knees. “You’ll be on your back quicker than an eager whore. Then again,” he continued, the jackal’s obvious pleasure at the verbal sparring spinning through his wicked smile, “maybe you’d enjoy that.”

With a vengeful shriek, Ana went for him. She jabbed with her fists, using her elbows when that didn’t work. He avoided all her blows, laughing with a gut-deep amusement.

When she used her scissor-kick, she saw her mistake too late as he caught her legs and flipped her to the dirty gray carpet. He was on top of her before she could curse, lazy amusement swirling like phoenix smoke.

His arms caged her as an old dimple flashed. “What did I say?”

His weight suddenly pressed down on her abdomen slashes. A wince tugged at her face before she could stop it, a hiss pouring from between her teeth.

His face changed immediately. “Fires above, Alana, you should have said something.”

“I thought you’d hurt me if it was necessary.” She shoved him off her. He let her, a hunter tracking her as she stumbled away. She dropped into the chair he’d claimed earlier, unwilling to admit her jelly limbs. “You’re all mouth.”

A slow smile spread over his face while his eyes altered to a dark velvet. Damn. She’d always been a sucker for the shadow-drenched eyes.

He stalked nearer, the jackal’s satisfied rumble curling out of his mouth as strong hands came down over hers on the chair’s arms.

She couldn’t dislodge him. Curses spilled from her as panic, not for her life but for something more prized, surged up her throat. “Don’t you come near me, Cade Lorin.” 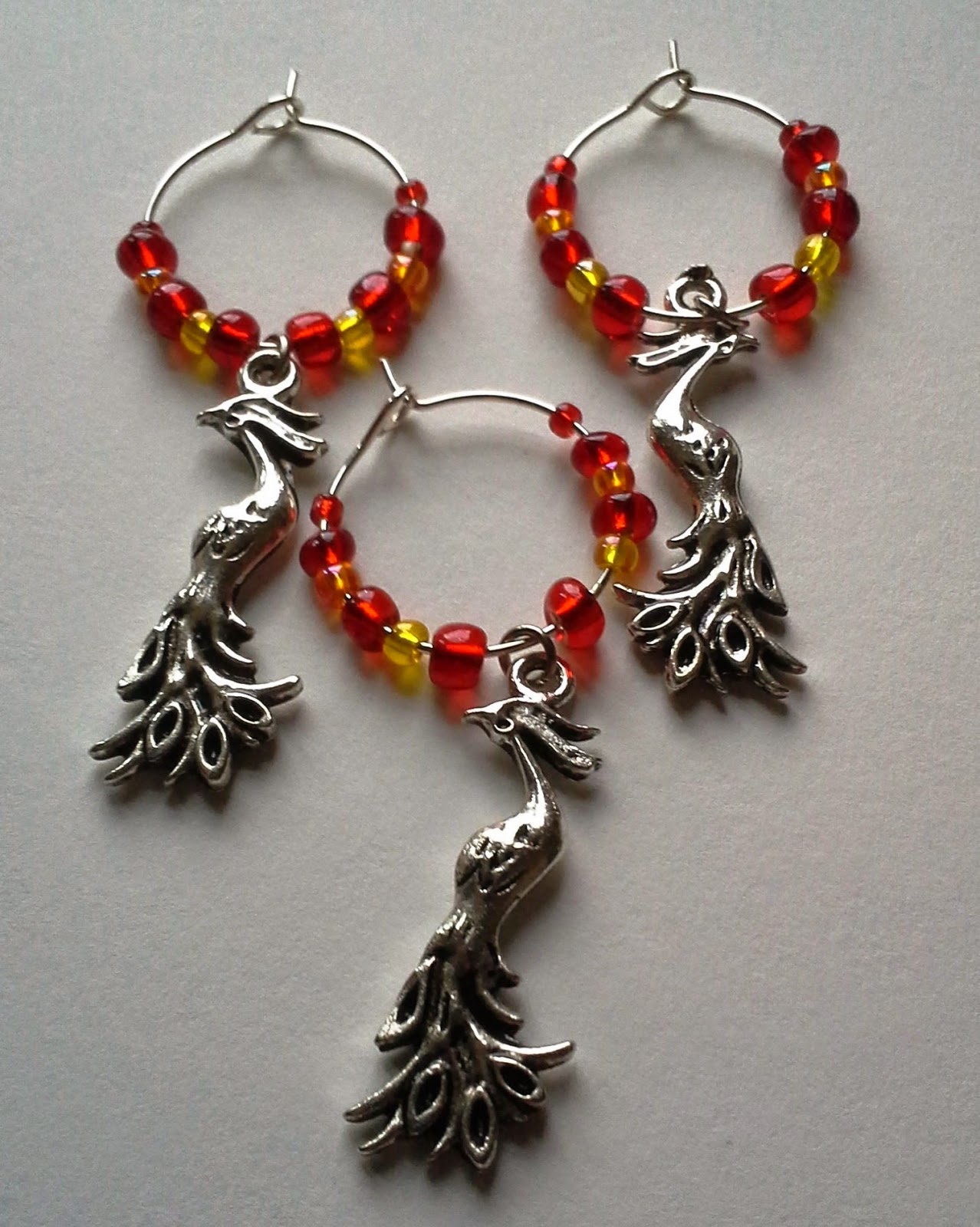