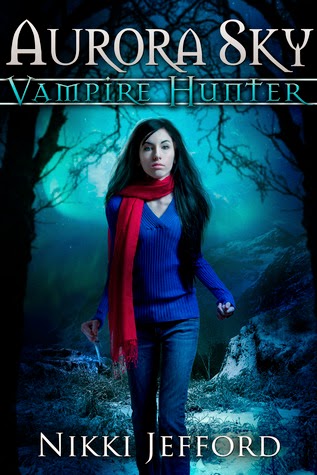 
If there is one thing eighteen-year-old Aurora Sky wants, it's to get off the iceberg she calls home. Being kissed before she graduates wouldn't hurt either.

Then a near-fatal car wreck changes everything. Government agents step in and save Aurora's life in exchange for her services as a vampire hunter. In Alaska. Basically she's a glorified chew toy. All thanks to her rare blood type, which sends a vampire into temporary paralysis right before she has to finish the job... by hand.

Now Aurora's only friends are groupies of the undead and the only boy she can think about may very well be a vampire.

Volleyball had been replaced by badminton while I was in the hospital. Mr. Mooney let me get away with sitting out class the first two days, but by the third he decided to diagnose me as fit for participation.

I paused on my way to the bleachers. “I’m not dressed.”

Besides, everyone was already paired up.

“Fane!” Mr. Mooney called. “Get out here. You can be Aurora’s partner.”

I tried not to flinch or show signs of distress. My last memory of Fane involved his tongue tracing his upper lip in lewd gesture.

Fane stood up and gave Mr. Mooney a glare so dark it sent a shiver down my spine. It was the first real sensation I’d experienced since the accident. When his eyes moved to me I momentarily forgot to breathe.

Fane held my gaze a moment longer then slipped out of his leather jacket. I watched, transfixed. This was history in the making. Fane Donado taking off his coat.

All of his imperfections breezed out the door as soon as I got my first look at the six-pack straining against his cotton tee. My eyes must have been playing tricks on me. For a guy with such a slender build, Fane was surprisingly muscled.

Fane took deliberate steps down the aisle of the bench, straight to the edge. He jumped from the bleachers, causing them to rock in his wake.

I swore I felt a thud inside the pit of my stomach when he landed.

Mr. Mooney nodded at Fane. “You two are playing Clayton and Tyler.”

Fane walked past me and took two rackets off the floor. He handed me one. I took it from his outstretched hand then followed several steps behind.

Part of me was relieved he didn’t say anything. All I could think about was the obscene gesture he’d made right before my world turned up-side-down. I hardly noticed his hair. I was too distracted by his lips. And now his abs. Luckily, I wouldn’t have to look at either while we played side by side.

At the far court, Clayton and Tyler bounced birdies up and down on the strings of their rackets.

Clayton nudged Tyler as we approached. “Oh great. Goth boy and zombie girl. This should be fun.”

I took my place beside Fane. He held his racket loose and lazy. I barely held mine at all. Clayton pelted the birdie at me. I tried to shield my face and ended up dropping my racket.

I picked up the birdie and threw it over the net.

Clayton served the birdie to Fane, who smacked it over the net with the flick of a wrist. Tyler launched the birdie at me. It hit me on the shoulder, but I swung anyway as it bounced to the floor.

“Hello? Earth to Aurora,” Tyler called across the net.

“I think she’s still in a coma,” Clayton said.

I picked up the birdie and handed it to Fane. It’s a good thing it wasn’t a real bird. Fane crushed it in his hand. Only for a moment. Only I saw. He relaxed and looked across the net. I felt that odd shiver return.

Fane smacked the birdie as though it were a fly. He walloped it right between Tyler and Clayton so fast neither boy had time to react. When they did manage a return hit, Fane gracefully flicked away any stray birds that came at me. I watched in fascination, fully engaged for the first time since the accident.

The boys tried to hit the birdie back. Fane had them racing across every corner of their court. By the end of the period they were out of breath. They took off without a backwards glance when Mr. Mooney blew his whistle signaling the end of gym.

As I walked past Fane I felt a twitch. Not my own. I felt the twitch of his hand wanting to stop me.

If I had any emotion left I’d laugh. He didn’t even know my name—that or it wasn’t worth saying.

He studied me carefully. “I’ve seen that look before.”

Now I was curious.

Valerie jumped down from the bleachers. “Fane!”

He didn’t pay attention to her. I held my breath waiting for him to tell me what he saw.

Valerie sashayed her way over to Fane, red hair blazing down her shoulders. She held out his jacket. “I’m ready to blow this joint. Let’s get a bite.”

Her last words grabbed his attention, and he forgot me completely. Valerie looped her arm around Fane’s and they walked toward the double doors. I was right behind them, silent as a ghost. When I reached the hall entrance leading to the locker rooms I stopped. I saw his head start to turn. I knew he was going to look back, but by the time he did I’d be gone.
__________________________________ 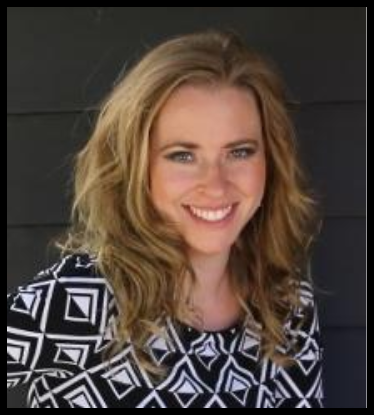 Nikki Jefford loves fictional bad boys and heroines who kick butt. Books, travel, TV series, hiking, writing and motorcycle riding are her favorite escapes. She loves meeting people from all walks of life, from around the globe, and wouldn’t trade her French husband in for anyone – not even Spike!

She’s a third generation Alaskan, born & raised in Anchorage, now living in northern Washington. Crazy about her dog, Cosmo. (Writer’s best friend.) The dark side of humanity fascinates her, so long as it's balanced by humor and romance.