“Kill him,” Christian said, his tone soft and deadly.

Ash stepped up to the prone man. Faith held her breath. He wouldn’t kill an injured man in cold blood. Would he? The others had been different. That had been in a fight and they still had to free Tara. Now Tara was safe. Faith opened her mouth to speak, but Carl rested a hand on her shoulder and squeezed. She glanced at his face, and he gave a small, almost imperceptible, shake of his head. He was warning her not to bring attention to herself or she might suffer the same fate.

It didn’t matter. She couldn’t stand by while they killed him.

But the hesitation was too long. Ash leaned down and took the colonel’s head between his hands. Faith saw his expression of terror, and then Ash twisted and the colonel’s neck snapped.

She took a step forward but stopped. There was nothing she could do. The colonel was dead.

The act shocked her more than anything else that night. The ease with which the execution had been carried out told her that this wasn’t the first time Ash had killed. He released his grip on the colonel and the body slumped to the floor. Raising his head, Ash met her gaze for the first time that night. His eyes were dark, expressionless. Then he turned away.

What was he that he could kill so casually?

Maybe it was just as well he hated her now. She didn’t think she would ever forget seeing him kill.

Beside her, Carl was speaking softly onto a cell phone. He pushed it back into his pocket and spoke to the rest of the room. “That’s the cleanup team. They’ve arrived.”

“Let’s get out of here,” Christian said. He scooped Tara up in his arms and she snuggled against his chest. Faith had a brief stab of jealousy. She had never had anyone hold her like that. Now, she never would.

“What do we do with her?” Carl asked, nodding in Faith’s direction.

Christian’s silver gaze crawled over her skin, his expression cold as he considered her.

Faith knew her life hung in the balance her and suddenly, she didn’t care anymore. It was all too much. They could kill her here like they’d done the colonel. It would be over so quickly.

“Ryan will be pissed if you kill her without even giving her a hearing,” Carl pointed out. “And she did tell us where to find Tara.”

She glanced at where Ash stood impassive beside the body. Would he take her life as easily? Would he feel any regrets? His face told her nothing. Finally, Christian shrugged. “Take her back to the Order. But if she set this up, she dies.” 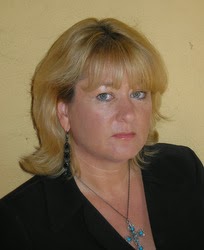 Nina Croft grew up in the north of England. After training as an accountant, she spent four years working as a volunteer in Zambia which left her with a love of the sun and a dislike of 9-5 work. She then spent a number of years mixing travel (whenever possible) with work (whenever necessary) but has now settled down to a life of writing and picking almonds on a remote farm in the mountains of southern Spain.

Nina's writing mixes romance with elements of the paranormal and science fiction.

If you'd like to find out about new releases then sign up for my New Release Newsletter at: http://eepurl.com/rZ5rz 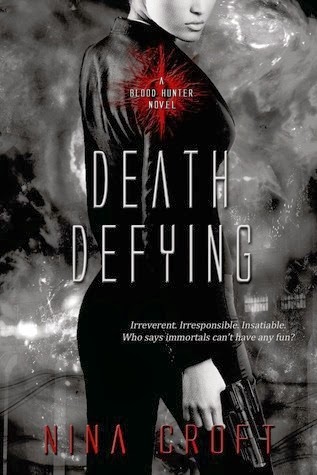 Part snake, part human, and—some would say all bitch—Captain Tannis of the starship El Cazador has one goal in life—to earn enough credits to pay for the Meridian treatment to achieve the immortality she craves. And one last job will get her there. The assignment: protecting the most powerful man in the Universe.

Being leader of the known universe isn’t all it’s cracked up to be. In fact, it sucks big time. And after five hundred years, Callum Meridian, founding member of the Collective, is bored out of his mind. But as things are changing, he’s changing—into what, though, he isn’t sure. Callum is determined to discover the truth, and he’s employed the crew of El Cazador to help him do it.

Not everyone agrees with his plan, though. His own people will stop at nothing to prevent the truth coming out, the Church is taking advantage of the confusion and attempting a coup, and even the crew of El Cazador seem close to tossing him out the airlock without a space suit. But defying death has never been more dangerous, sexier, or more fun.