UFI welcomes Author Brian S. Leon. Thanks for Joining us!!


What can you tell my readers about yourself that they might not know from looking on your bio or reading in another interview?
At one time I was one of the world’s leading experts on an obscure group of animals most people don’t even know exist. They are so obscure that in the 17 years since I left academia, not much has changed with regard to what we know about them.


What do you enjoy doing on your down time?
Fishing. Recently, over the last year and a half, I’ve taken up Kendo. It’s fun to hit people with sticks!


What is your Favorite part of writing?
Research and creativity. I like discovering things I didn’t know and I hate writing about real stuff unless I can twist it somehow.


What are some of your Favorite books or Authors in the Urban Fantasy/ Paranormal Genres?
I suppose saying Jim Butcher is too obvious, but he’s the reason I write in this genre. I also like Lev Grossman, Neil Gaiman and Kevin Hearne.


How would you pitch Chaos Unbound to someone who has not heard of it before?
Well the first book in the series, Havoc Rising, was described as Tom Clancy meets the Iliad. A friend described Chaos Unbound along those lines as Jason Bourne meets Harry Potter. I’ll take either.


Can you tell us a little bit about the world that Chaos Unbound is set in?
This world. The one we know and live in. Except there’s more to it—the myths and legends of the world are real and there are any number of non-human beings that share the world with us. Some are native to this world, like us, and some are not. Some are hostile towards humans and some are ambivalent. Diomedes, hero of the Trojan War and favorite of the being once known as the goddess Athena, protects us from those creatures that would do us harm. And he has been doing that as a soldier for 3200 years.


Do you have a favorite scene in Chaos Unbound ?
I am very partial to the scene that takes place during the Battle of Sirte in Libya. I like the action and the interaction between the characters. I also like the scene with the vampire coven in Coronini.


Which one character out of all your books was your favorite to write about? What about the hardest to write about?
I really really like Diomedes. Since I didn’t make him up and there was already quite a bit about his legend out there, that meant I got to build on it. I like the idea of who he was in the Iliad—a serious tactician and an honorable soldier who was a feared badass. The Trojans actually prayed to face anyone, even Achilles, rather than face Diomedes on the battlefield. And since he’s been alive since then, I have 3200 years of history to play with. The hardest for me to write is Sarah Wright. First, she’s a woman. A tough, capable one, but still a woman. I want her to be able to keep up with Diomedes—sort of what he was before Athena and without his special abilities—but she has her own issues. And of course she didn’t grow up in a time of myths, gods, and legends like Diomedes did.

Brian S. Leon is truly a jack of all trades and a master of none. He writes just to do something with all the useless degrees and skills he’s accumulated over the years. Most of them have no practical application in civilized society, anyway. His interests include mythology and fishing, in pursuit of which he has explored jungles and museums, oceans and seas all over the world.

His credentials include an undergraduate degree from the University of Miami and a master’s degree from San Diego State University, plus extensive postgraduate work in evolutionary biology at the University of Massachusetts Amherst, where he studied animals most people aren’t even aware exist and theories no one really cares about anyway.

Over his varied career, Brian’s articles have been published in academic journals and popular magazines that most normal people would never read. They can be found in The American Society of Primatologists, the American Journal of Physical Anthropology, Proceedings of the American Association of Zoos and Aquariums and the like.

His more mainstream work came as an editor for Marlin and FlyFishing in Salt Waters magazines, where he published articles about fishing and fishing techniques around the world. He won a Charlie Award in 2004 from the Florida Magazine Association for Best Editorial, and several of his photographs have appeared on a number of magazine covers—almost an achievement of note, if they weren’t all fishing magazines.

Always a picky reader, Mr. Leon enjoys stories by classical masters like Homer and Jules Verne as well as modern writers like J.R.R. Tolkien, David Morrell and Jim Butcher. These books, in combination with an inordinate amount of free time, inspired him to come up with tales of his own. 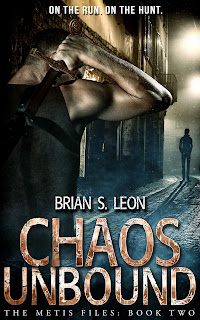 The hunter becomes the hunted.

Framed for the murder of a high ranking member of the Unseelie Court of Fae, Steve Dore–also known as Diomedes, Guardian and protector of mankind–goes on the run. He’s determined to uncover the real culprit and clear his name.

But the assassination may be the beginning of a more sinister plot that involves not just the Fae and Humankind, but all the races of the world. And what if the real assassin is a boogeyman even the Fae don't believe is real?


Ned’s shoulders dropped slightly, and his pulsing aura faded. Though his face brightened and his bushy beard and mustache split, revealing his white teeth in a broad smile, the rest of him remained rigid. “Good. I didn’t think you were dumb enough to attack a member of one of the fairy royal courts. That’d be grounds for war. Only problem is then, dude”—he slowly slipped back into his normal relaxed and carefree persona—“you gotta ask yerself one question: why does she think you did?” 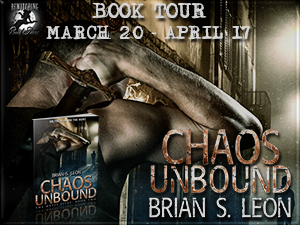