UFI welcomes Jeannie Holmes Author of The Alexandra Sabian Series. Thanks for Joining us!! 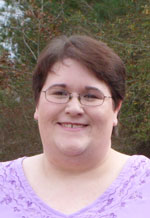 The Art of the Psychopath


After reading a draft for the manuscript of Blood Law, a fellow author whom I greatly admire looked at me from across the table and said, “You write crazy very well. In fact, you scare me.” Naturally, I took her statement as a huge compliment.
I’ve been accused of various forms of insanity over the years—some accusations may have been warranted but others were completely out of line—but I claim no expertise in the realms of psychology or psychiatry. All I have is a genuine curiosity in learning why someone could lose touch with reality to such a degree that he/she would resort to violent extremes as a means to exorcise their inner demons. This curiosity has led me to research all sorts of fun stuff* like serial killers, abnormal psychology, and criminal profiling.
As I said, I’m by no means an expert in these areas, nor do I want to be. I simply want to satisfy my curiosity and gather enough information and understanding to write a good book that (hopefully) provide a few chills for the reader. However, I’ve learned there is an art to “writing crazy.” It’s a delicate balance between the macabre and the believable.
Take the Dollmaker in Blood Secrets, for example. While I can’t say too much about him for obvious reasons (No spoilers here!), I admit that living inside the mind of a deranged killer for months changes your perception of the world. Obsession dominates the Dollmaker’s life and gives it order, even a purpose albeit a twisted one, and yet he has rules and boundaries that even he won’t cross. This isn’t always the case in real life, just look at Jeffery Dahmer or John Wayne Gacy if proof is needed.
But why give a “psychopath” boundaries, you ask? Answer: To make him believable. As I said, there is an art to writing characters like the Dollmaker. He’s actively challenging both Alex and Varik—both of whom are vampires and cops—in Blood Secrets. He’s outnumbered, and for that reason, he must be intelligent and willing to take a few calculated risks to achieve his goals. Alex and Varik, on the other hand, are bound by the laws they’re sworn to uphold. The Dollmaker isn’t. His boundaries are of his own making. His rules are his own.
The true art is in knowing when to push the boundaries and when to break through them. Giving the Dollmaker—or any fictional bad guy—a set of rules and having him stick to them in a show of restraint while knowing how easily it would be to tip him over the edge into complete chaos makes him all the more frightening.
*I call it “fun stuff” in a somewhat sarcastic manner. While I find it interesting, I find it far from the “fun” of, say, a theme park or a day relaxing at home with my cats.
__________________________________
* What can you tell my readers about yourself that they might not know from looking on your bio or reading in another interview?
That’s a loaded question! Let’s see… When I was five years old, I told my mother I wanted to be a professional bellydancer when I grew up. I was set on that path until I discovered at the age of six that I have no rhythm and two left feet.
* Can you tell us a little bit about the world that the Alexandra Sabian series is set in?
The world for the series is the modern world – 2009 time frame. Vampires have been living openly among humans since the late 1960s, and have integrated into society with relative ease over the years. However, there are still pockets of intolerance throughout the world. The town – Jefferson, Mississippi – where Alex is assigned as the local vampire Enforcer has a population of roughly 6,000 with about half being vampires. Because of the large vampire population, tensions are usually running high in the town and violence often erupts as a result.
* Do you have a favorite scene in Blood Secrets?
I have a few favorite scenes. There is one scene between Alex and Varik about midway through the book where Varik is trying to make a point and uses some rather unconventional means to make it. I’m also fond of the final scene.
* In the series which character was your favorite to write about? What about the hardest to write about?
Alex is my favorite with Varik being a close second. When I’m writing a scene with both of them, the conversations and arguments practically write themselves. It’s also easy to slip into their points of view. The hardest character to write so far in the series has been the Dollmaker. He’s creepy, and I don’t like being in his head. It’s a dark place. I’m not afraid of the dark or of taking a story to a dark place if that’s where it needs to go, but the Dollmaker has difficult.
* What are some of your Favorite books or Authors in the Urban Fantasy/Paranormal Genres?
I love Charlaine Harris, Vicki Pettersson, and Kim Harrison. There are so many great authors in both genres it’s hard to picks favorites.
__________________________________
Author Bio: Jeannie Holmes is the author of the Alexandra Sabian series, and fears spiders, large bodies of water, and bad weather. She moved from the backwoods of southwestern Mississippi to the Alabama Gulf Coast where she now lives with her husband and four neurotic cats. She enjoys art, exploring old cemeteries, traveling, and when she isn’t writing or has her nose stuck in a book, she spends her time searching for a really good cup of coffee.
__________________________________
Find Jeannie and her books
Website / Twitter / Facebook / Email
__________________________________ 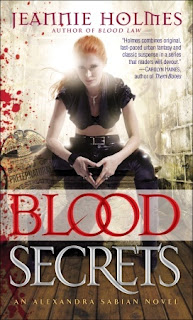 WHEN ALEXANDRA SABIAN SINKS HER TEETH INTO AN INVESTIGATION, SHE DOESN’T LET GO.

Alex allowed a case involving murdered vamps to get personal and is suspended from the Federal Bureau of Preternatural Investigation. Now she’s facing an official inquiry but has a chance to redeem herself. The catch: She must once again work with Varik Baudelaire, her former mentor and ex-fiancé, as he spearheads a search for a missing college student. But Varik has been keeping secrets from Alex, and his mysterious past is on a collision course with his present.
When Alex and Varik discover a carefully handcrafted doll at a crime scene, neither of them can see how close the danger really is or that a killer known as the Dollmaker has made Alex the object of his horrific desire. Now the only way out of the Dollmaker’s lair is through the twilight realm of the Shadowlands, where all secrets—for better or worse—will be revealed. 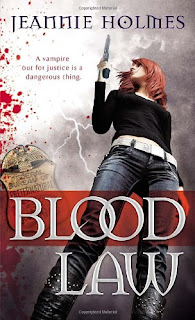 To stop a vampire killer, she’ll have to slay her own demons first.

A provocative and savvy vampire, Alexandra Sabian moves to the sleepy hamlet of Jefferson, Mississippi—population 6,000, half vampires—to escape the demons lurking in her past. As an enforcer for the Federal Bureau of Preternatural Investigations (FBPI), Alex must maintain the uneasy peace between her kind and humans, including Jefferson’s bigoted sheriff, who’d be happy to see all vampires banished from town. Then really dead vamps start turning up—beheaded, crucified, and defanged, the same gruesome manner in which Alex’s father was murdered decades ago. For Alex, the professional has become way too personal.
Things get even more complicated when the FBPI sends in some unnervingly sexy backup: Alex’s onetime mentor, lover, and fiancé, Varik Baudelaire. Still stinging from the betrayal that ended their short-lived engagement, Alex is determined not to give in to the temptation that soon threatens to short-circuit her investigation. But as the vamp body count grows and the public panic level rises, Varik may be Alex’s only hope to stop a relentless killer who’s got his own score to settle and his own bloody past to put right.

RULES
1)  Leave a question or comment for Jeannie on this post. =)
2)  Must leave an email address so I can notify you!!
3) Open to US and International Readers.

Giveaway Ends 7/6/2011 at 10pm EST
Winner will have 48 Hours to reply to my email or I will pick another
Winner chosen randomly with the help of random.org
Posted by StacyUFI at 3:00 AM 45 comments: