Yasmine Galenorn's Otherworld series is long running, best selling, and has unique, well developed world building. This rich environment has more than one story to tell... and it's time for a new one to begin.

FLIGHT FROM HELL IS OUT TODAY!!!
FLIGHT FROM HELL is the novella bridge-piece that loosely links Yasmine’s existing Otherworld series with her upcoming Fly By Night series. To help celebrate the release of the novella, Yasmine has a contest happening on her site, and today is the LAST DAY to enter!!! Click HERE for prize details and instructions for entering.

When Carter, half demon, comes to Menolly and her sisters, asking for their help, they think he's just had a tiff with Shimmer, his blue dragon girlfriend.

But after talking to Alex Radcliffe, the owner of the Fly By Night Magical Investigations Agency where Shimmer works, they suspect that she has been kidnapped by an old enemy of Alex's. Now, Alex joins forces with the D'Artigo sisters in a desperate race to find Shimmer before Julian, a powerful vampire from Alex's past with a grudge to settle, can use the dragon to wreak havoc on Seattle as revenge.

Next summer, in the Fly By Night series, we'll meet new characters and have new adventures, but each book will have Yasmine's signature depth and edge. Answering questions about the similarities and differences between the two series, Yasmine recently posted this on her blog:

You can read the rest of this post on Yasmine's blog HERE.
Click on the FLIGHT FROM HELL cover above to see its info page on Yasmine's site (with excerpt and playlist). And each of the covers below will take you to their individual pages. Now is a perfect time to get to know the Otherworld series, or catch up where you left off!! 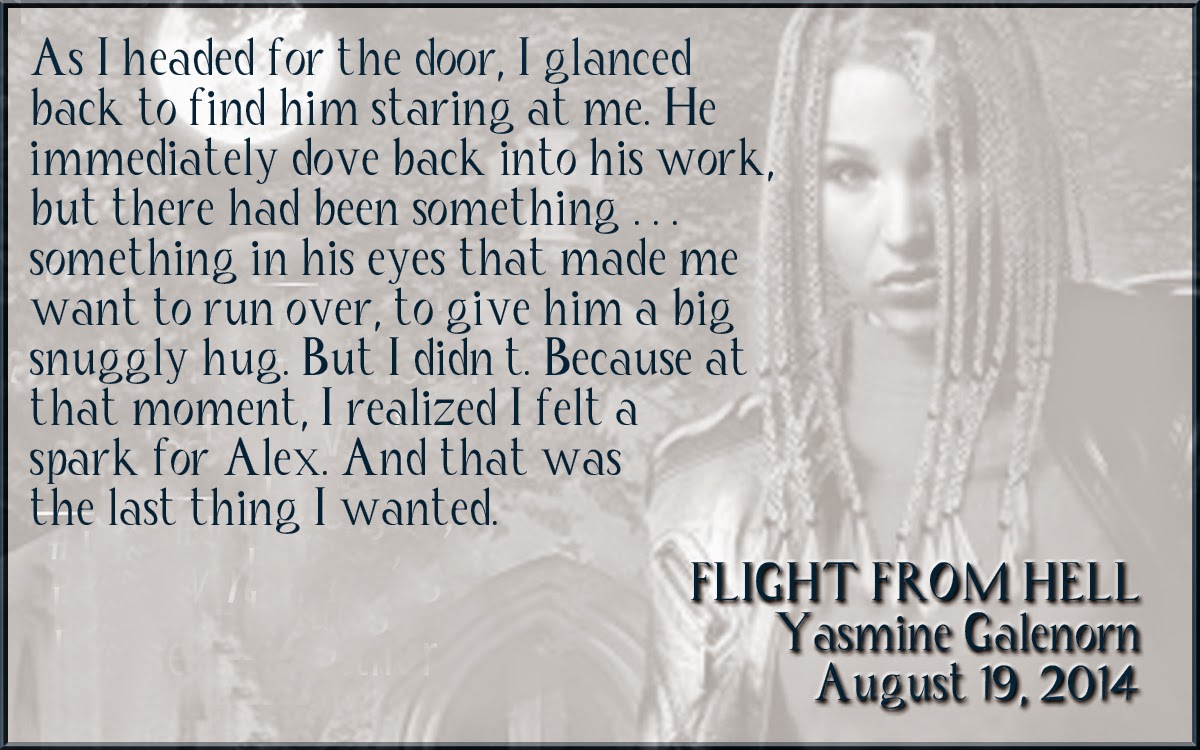