Who does he/she admire the most in history?

What, if anything would he/she change about their life?

What bad habit annoys this person the most?

Izzy:  Smacking your lips while eating
Oron:  Talking on the cell phone when placing an order

What is their biggest regret?

Izzy:  Spent more time with my parents
Oron:  That I wasn’t able to save more of House Alina

Do you have any fears or phobias?

What is their most treasured possession?

Izzy:  The last family picture taken with my parents
Oron:  A decree that Darian made up for me when he was a boy declaring me the best big brother in the whole world

What would he/she do if they couldn't sleep and had to find something to do to entertain themselves? 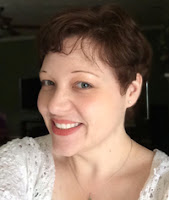 USA Today Best Selling Author, Alanea loves reading almost as much as she loves writing. She began writing at a very young age, some of her first scribblings are treasured in a keepsake box and written in green marker. She started when she was still in grade school and continued on through college.

She believes that love truly conquers all and that everyone no matter what, deserves a chance at that love and a place they can call home. She absolutely loves to hear from her readers so don’t hesitate to reach out to her. As always, her promise to her readers remains, “If you keep reading, I’ll keep writing!” 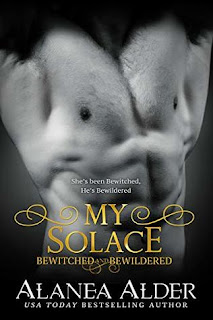 
For thousands of years Oron Vi’Eirson has lived each day trying to keep the pain and devastation caused by his family from hurting his precious baby brother. But despite his best efforts his past has come back to haunt him, placing not only Darian and Amelia in harm’s way, but also his newly found mate.

Isabelle Campbell, or as she likes to be called, Izzy, is a mess. She knows this. It’s never intentional, but somehow her curiosity always seems to run away from her. When her latest gaffe lands her homeless and fired from her favorite barista job she is left little choice but to accept the kindness of some of her favorite customers, little did she know that by doing so, she would find herself starting the biggest adventure of her life!

With kindred spirit Meryn at her side, Izzy takes on the entire fae city to protect the heart of the kindest man she has ever met. If the golden fae think they can get away with hurting her mate, they are sorely mistaken. After all, her new friend likes to electrocute people.

When facing your greatest fear means facing your family, is there any escape? Can Izzy help Oron stand against all odds?


Law wiped at his eyes from silent laughter. “She does this to me every damn time,” he complained, barely able to breathe. Two of the other warriors around the room had buried their face in their hands to hide their own laughter.
Pierce looked over at Aiden. “Seriously though, what did she learn about butts in Noctem Falls?”
Law inhaled as he leaned back slightly and fell off his chair. To see a man that size laughing on the floor was all it took to set everyone off.
“Serenity, I don’t think he’s breathing,” Micah commented watching Law wrap his arms around his mid-section as he gasped.
“If he can laugh, he can breathe,” she said, shaking her head at Meryn’s shenanigans.
“See, I told you Izzy, this is a nice place.” A warrior commented, coming up behind them from the direction of the front door.
“I don’t know, it’s mostly men and they look kinda drunk to me. Maybe this is like a bar or sex dungeon. Like a drunken, gay, sex dungeon,” a piping female replied.
“Oh gods above, I can’t breathe!” Law called from the floor. Oron shook his head at the man’s plight.
Micah’s eyes bugged out. “A drunken, gay, sex dungeon?”
Meryn nodded. “They’re all a bunch a mannequins.”
“They like the rough stuff huh?” the sweet voice asked.
“No! What?” Aiden looked from one female to the other then paused. “How did you know she meant masochist?”
“We were talking about sex dungeons, I kinda extrapolated that the misused random word that began with the letter ‘m’ was a term that more accurately fit the conversation. It wasn’t that hard actually.”
“She meant masochist?” Micah asked.
Serenity stood over Law now looking concerned. “Okay, my earlier assessment may have been off, I don’t think he’s getting any oxygen.” She placed her hands on his chest and eased his laughter.
Law gasped for air. “Gods Meryn, you can’t keep doing this to me!” he managed to croak out.
“So, not a sex dungeon?”
Chuckling Oron turned in his chair and suddenly he couldn’t breathe for reasons of his own, the petite auburn haired beauty that had understood nutty Meryn perfectly was his mate!