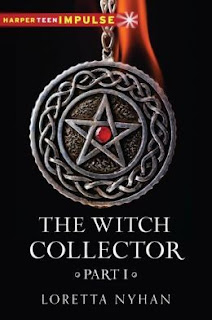 The Witch Collector is a digital original novel that's a suspenseful brew of magic, dark strangers, and witchcraft—perfect for fans of the Beautiful Creatures and Mortal Instruments series.

The day after her best friend's funeral, Breeda's parents pack her up, usher her into the car, and then drive out of Oregon without looking back. Breeda doesn't know why they left so urgently or why they're headed to Chicago—but she does know that it's against the rules to leave without consulting your Coven Leader. . . . It's a crime punishable by banishment.

All her family has is each other now, in a city that feels strange, unfamiliar, and dark. But when Breeda comes home on her first night in Chicago to find their apartment ransacked and only a bloody handprint left behind, she realizes that you can't outrun the craft.