The Raven King
By Laura Bickle

“The Hanged Men are a product of a flawed and incomplete process. We cannot be transformed or restored to perfect, eternal life. Or even an imperfect mortal one. We are suspended in the mortification stage, what the old masters called the Black Raven or the Raven King—the black, decaying stage of alchemy. All things that give rise to life must first decompose.”

Ravens play a pretty large part in alchemy. Classical alchemy sought to conjure gold from base metals and to create the elixir of eternal life. There are seven processes the alchemist must accomplish in order to achieve a perfect transformation: calcination, dissolution, coagulation, sublimation, mortification, separation, and conjunction. Ravens are the symbol of the mortification stage, the stage of alchemical death.

While creating the magical world of DARK ALCHEMY, I was pretty fascinated with the history of ravens in alchemy. In DARK ALCHEMY, ravens became familiars for a group of undead ranch hands called the Hanged Men. The Hanged Men have haunted the small western town of Temperance since the Gold Rush days. The town was founded by an alchemist, Lascaris, and they were one of his incomplete experiments on the road to figuring out the secret of eternal life.

The Hanged Men were made at the feet of the Lunaria, a magical tree standing in an empty field. The Lunaria symbolizes the “as above, so below” alchemical principle, as its roots dig into the earth and the branches reach toward the sky in perfect symmetry. The Hanged Men were executed at this tree, and the tree grants them immortality…of a sort.

This group of men is bound to the tree, which grows on land owned by a ruthless cattle baron. The Hanged Men must return to the tree each night to decompose and regenerate, and they can’t wander very far from it. And that decomposition and regeneration? Not a pretty process. The scarred tree stands above a warren of tunnels that creep miles underground – so deep that the cattle baron doesn’t know their full extent.

As far as being undead goes, these guys got a raw deal with the immortality experiment. Some of the early Hanged Men have retained most of their memory and self-awareness, when it isn’t being partitioned off into the bodies of birds to spy on their enemies. But later generations received less consciousness as the power of the tree waned. Some can’t talk, and a few aren’t even passably human.

Gabriel was one of the first ones. He came to Temperance more than a hundred years ago, as a Pinkerton agent sent by Lascaris’s investors to figure out where all the gold was coming from. His specialty was the arcane and supernatural – the nineteenth century’s answer to the X-Files. Alas, things did not go so well for him. He was hanged by Lascaris from the branches of the Lunaria, and has remained in Temperance ever since, pretending to be a ranch hand for successive generations of cattle barons. It’s like a coating of dust on a rattlesnake – camouflage that works right up until someone steps on the snake.

Pretending to be human is a difficult business in the present-day weird west. When Petra Dee, a scientist, comes to town searching for her lost father, she unearths some odd secrets about this strange land…and stumbles into a string of murders. The bodies are warped like driftwood and oddly calcinated – something she can’t rationally explain.

It seems like the Hanged Men know something about the deaths. Always in the company of ravens, they are forever at the wrong place at the right time. Are the Hanged Men covering up more history that has come to light? Are the bodies casualties of a war with the local drug lord? Is there even more unknown magic at work?

Petra will have to suspend her disbelief to get to the bottom of the murders – if Gabe and the Hanged Men let her get that close. 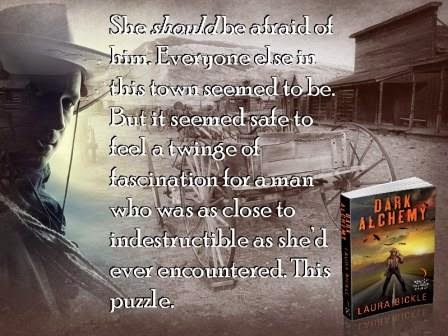 Her work has been included in the ALA’s Amelia Bloomer Project 2013 reading list and the State Library of Ohio’s Choose to Read Ohio reading list for 2015-2016. THE HALLOWED ONES and THE OUTSIDE are her latest young adult novels. 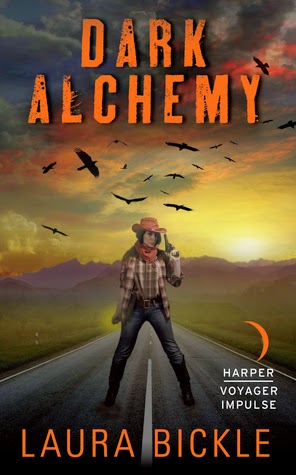 Some secrets are better left buried…

Geologist Petra Dee arrives in Wyoming looking for clues to her father’s disappearance years before. What she finds instead is Temperance, a dying Western town with a gold rush past and a meth-infested present.

But under the town’s dust and quiet, an old power is shifting. When bodies start turning up - desiccated and twisted skeletons that Petra can’t scientifically explain - her investigations land her in the middle of a covert war between the town’s most powerful interests. Petra’s father wasn’t the only one searching for the alchemical secrets of Temperance, and those still looking are now ready to kill.
Armed with nothing but shaky alliances, a pair of antique guns, and a relic she doesn’t understand, the only thing Petra knows for sure is that she and her coyote sidekick are going to have to move fast, or die next. 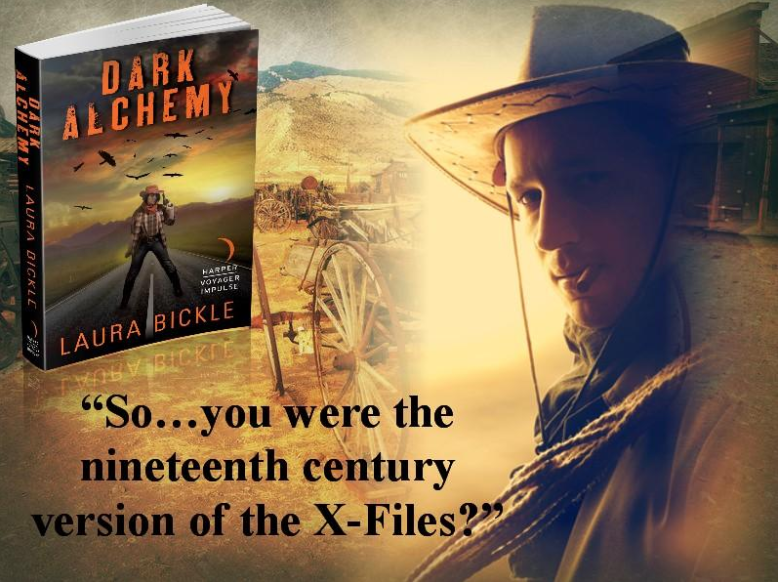