I’m a writer who never intended to put her work out there. But what I publish, I believe in. I’m not saying I push the envelope, but I try new things. This is what gets me excited.

I know my way around urban fantasy, so I feel confident that Divide and Conquer was original in several respects. Two female protagonists. One main character dies. A danger that isn’t touchable or fightable. A prophecy that fails.
Divide and Conquer is perhaps not “ground-breaking,” but the story is unusual enough to stand out.

Guarded was my homage to urban fantasy, and the first book I ever completed. It features any paranormal species you can think of: vampires and werewolves, fae, demons and djinn. What tickled me about this book, in particular? My vampire isn’t a sullen Twilight character, but a charming, funny guy who’s more metrosexual than typical “alpha male.” The werewolf alpha is grumpy all right, as befitting the genre, but both the main character and her sidekick make fun of him for that. The vampire is NOT intended to be a love interest. The djinn don’t fulfill anyone’s wishes. And the main character isn’t a doe-eyed human, but a sexually charged (half) satyr, who must embrace who and what she is. And then I heaped so much mystery onto it, it takes an alert reader to keep up.

Bound is another departure for me personally, as I’m venturing into romance territory. It’s still an urban fantasy, light in tone and written only from a male POV (which was a new challenge for me) and delves deep into the funny, charming vampire from Guarded. Rather than being a proud specimen of his kind, he’s rather embarrassed about being a vampire and does his best to act and think like a werewolf. Then he falls in love with a werewolf (who hates vampires), and he’s forced to deal with his identity. This is highlighted by the return of the sire who made him. His sire, in turn, can’t stand werewolves. Oops.
I didn’t want another vampire versus werewolf story. I wanted a vampire as a werewolf story.

My next book, *insert title here*, is intended to offer a different reading experience to people who have read Guarded and Bound than to people who haven’t. Also, I’m introducing a new type of magic and will focus more on the djinn angle.

My point is this. I love it when readers get involved and feed me ideas. If I can accommodate them, I will. No problem. But I need books to offer me this “never done by me before” feel. That means that no two books of mine will be the same. Writing makes me feel like Christopher Columbus. Except I’m not just exploring new worlds but also new ideas, mixing genres in a way that no one’s thought of. 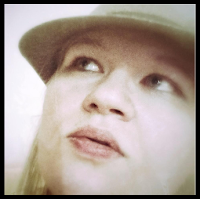 Guarded (The Silverton Chronicles – Bk. 1) became a no. 1 bestseller in the vampire and werewolf mystery categories.

For details on this or Carmen's other work, visit her website at
www.carmen-fox.com 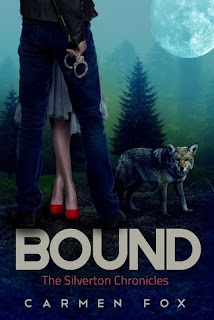 Florian has it all: excellent fashion sense, a kickass job with his best friend, and a hard-won place among Silverton’s werewolves. When a pack of females pads into their territory, Flo’s alpha dispatches him to handle a merger. Total cakewalk. Except Keely, their alpha, has no intention of submitting her wolves to Flo's larger pack. Worse, a single glance from her baby blues sends his eloquence on vacation and his heartbeat into overdrive. His flirtations seem welcome too, but there's a snag. She doesn’t know he’s a vampire.

While Flo struggles with his conflicts—obey his alpha or win over Keely—his estranged sire blasts into town with a catalog of radical ideas. And hanging out with unsophisticated werewolves didn't make the list.

With violence in the air and all sides testing his loyalties, Florian must bite back, even if showing his fangs costs him the girl.

With the ceiling spinning above me, I spat out his taste. Even that took effort. My body was a mess of floppy appendages without the muscles to shift. But I’d done it. I’d pushed my sire out of my mind. Did that mean I was free of him now?
Gino shot to his feet. “Get up.”


He turned his back to me and stared through a gap in the curtains.


I tightened my jaw, scrambled up, and had to lean on the armchair. No strength. Lack of blood. Total head rush.


“You are not to see your friends again, is that understood?” The sharpness of his voice didn't ease the thudding in my head.


I hitched my shoulders to restart my suffering circulation.


He would give me strength.


Nothing. My knees trembled. The hollow Ali had carved out and filled with his bothersome emotions lay empty.


Memories of when we first met streamed into the void. We’d laughed, and we’d argued, and gotten piss-drunk at the local bar more than twice, but we’d always, always been like brothers inside that hollow.


I touched my pockets, felt my jacket for…for what? This was crazy.


He could be busy, or he simply hadn’t heard me.


“Florian.” Gino’s pitch tightened. “I need you to listen.”

I’d ejected Gino from my mind too late. Ali was gone. My sire’s remaking of me had snapped our link like a brittle twig. 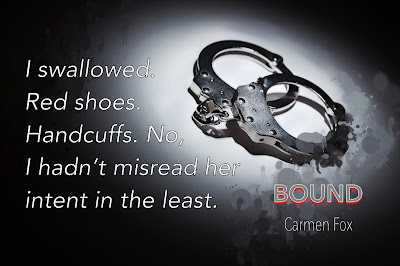