UFI welcomes Theresa Meyers Author of The Legend Chronicles Series. Thanks for Joining us!!

Thanks for inviting me! Today I’d thought I’d share my top five reasons why I think kick-ass women make the best heroines.


Number one: She’s Got a Reason to Kick Ass.


For me, the first and most obvious reason is that I write paranormal stories where the heroines are succubi, vampires, shifters. You can’t really be a paranormal creature and be worried about if you’re going to crack a nail. In general my heroine’s have bigger things to deal with, especially since they are every bit as essentially to making sure the world doesn’t fall into chaos or explode in a ball of fiery death as my heroes. They’ve got to be every bit as resourceful and capable as a hero when the bad guys start showing up.
Number two: She’s Not Just Pretty.
If you’re a hero and you have to decide between Miss USA and Miss I Can Kick That Demon’s Ass Because I Am One in a bar fight involving hell hounds, snake demons and other assorted nasties, who would you pick to have at your back? Yeah. My guys are that way too. They’d rather have someone who’s a little rougher around the edges and worldly wise who knows how to wield a weapon or who has extraordinary powers, than something that’s just pretty to look at. That’s the reason all my heroines are tougher on the inside than they are on the outside – like silk over steel.
Number three: She’s His Equal.
No matter where my stories are set, in the current time (like my Sons of Midnight vampires and weres for Harlequin’s Nocturne), in the steampunk wild west (like The Chosen in my Legend Chronicles for Kensington), or in another world (like my dark fae Shadow Sisters series for Entangled Publishing), my stories are paranormal romances. And for the relationship to make any sense, she has to be his equal. In many cases my heroes and heroines are the flip sides of the same coin. If one doesn’t fit into their world, neither of them really does. It’s what allows them to understand one another, and be drawn to one another. But if I’m writing kick ass dark heroes, that means my heroines must be kick ass as well. It simply makes the romance chemistry better if you know she’s able to stand her ground any time, anywhere and he’ll have to respect her for it.
Number four: She’s Got to Be Someone We Admire.
I don’t know about you, but as a reader I can’t envision myself being whiny, petty, or bored and be happy about it. If I’m going to put myself in someone else’s shoes for a few precious hours while I read, I want it to be a thrill ride, where my character is large and in charge, kicking butt and taking names. I want to be stronger through my character, more determined, more focused. I assume my readers want that too. That is why I love reading and writing kick-ass heroines.
Number five: She’s More Fun to Write.
And, of course, the last reason is if I’m going to spend my time pounding away on a keyboard, it’s got to be worth it to me as a writer to be in this woman’s head for months of my life. Kick-ass heroines are simply more fun to write. It gives me freedom in a fight scene where I can have her launch the attack, rather than waiting for the hero. It allows me to have her save his bacon on occasion. And it gives me a reason as a writer to dig more deeply into the character. Kick-ass heroines aren’t born that way. They’re forged into their kick-ass status by hard times, difficult pasts and gut-wrenching choices and all those things make for fantastic backstory to a character. For instance, China McGee, my blond shape-shifting thief in The Chosen, has a whole host of issues to deal with, the first and foremost being that she’s got some severe Stockholm Syndrome issues with her own father, the arch demon Rathe. She hates him one hand for abandoning her and then showing up later to kill her mother and torture her, but at the same time she can’t stop herself from trying to please him. He literally holds her life in his hands. She’s made bad choices in the past (like falling for a Hunter, which pissed her father off eve more), who happens to be the brother of the Hunter she’s now working with (and those of you who watch The Vampire Diaries know how tricky and difficult relationships involving two brothers can be). She can change form but doesn’t really know who she’s supposed to be when she grows up. See? All great stuff to make a really conflicted and flawed character who can justify stealing as a means of survival.
And there you have it. Kick-ass heroines are just more fun.
__________________________________ 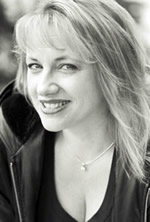 The progeny of a slightly mad (NASA) scientist and a tea-drinking bibliophile who turned the family dining room into a library, Theresa Meyers learned early the value of a questioning mind, books and a good china teapot.

A former journalist and public relations officer, she found far more enjoyment using her writing skills to pen paranormal novels in the turret office of her Victorian home.

She’s spent nearly a quarter of a century with the boy who took her to the Prom, drinks tea with milk and sugar, is an adamant fan of the television show Supernatural, and has an indecent love of hats. 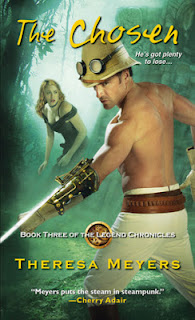 The Chosen
The Legend Chronicles #3


The Chosen: a prophecy older than dirt and more dangerous than death. Even as they perfected steam-powered gadgetry and rounded up varmints from Hell, the Jackson brothers didn’t believe in it. But when the chips are down, three brothers named for weapons aren’t going out without a fight…

A Walk On The Wild Side

Attorney by day, demon-hunter by night, Remington Jackson is used to being on the sunny side of the law, even in the Wild West. But it’s showdown time, and Remy and his brothers are getting desperate. They don’t have the relic they need to slam the door shut on evil—so Remy is going to have to find and steal part of it.

Enter China McGee, shapeshifter, thief, beauty, and current prisoner. When Remy offers her freedom in exchange for a little light-fingered help, she’s pretty sure she’s going to end the association with a good old-fashioned seductive double cross. But there’s something about fighting through a jungle full of Mayan ruins that makes you want to settle down together. China could change. Remy might be special. But none of that matters if the devil takes them all… 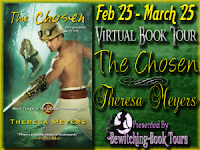