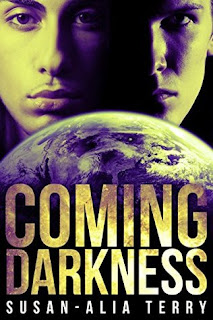 
An archangel in exile. A powerful race of vengeful creatures. A conflict of world-ending proportions.

Archangel Lucifer's spoiled life comes to a halt as he learns that Heaven is empty, and his Father missing. Seeking answers, he’s brought face to face with a race of Creator-Gods unhappy with his Father and the world He created. Planning to wipe out this heresy and letting Darkness reclaim the earth, they imprison Lucifer in Hell.

Meanwhile, the Archangel's lover sets out to prove his opponents wrong. But Lucifer’s influence runs deeper in Kai than he suspected, and the fear that he’s merely Lucifer’s pet becomes all too real. 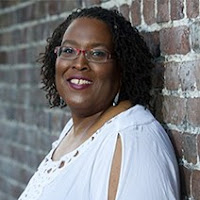 As a child, Susan was a voracious reader of all things not sanctioned by the educational system. Comics, along with tales of ghosts, vampires, witches, and monsters, fascinated and delighted - even as they fueled her need to sleep with the light on.

As the years passed, while still content to read what was offered, she noticed a growing desire to read something a little…different. The desire continued to grow until it became apparent that the easiest way to read what she wanted was to write it first.

And so, Coming Darkness was born.

She resides in Charleston, SC with her family, and her “earthly angel” Charlie.