Hello!  Thank you for joining me.  I’m very happy to be here, celebrating the upcoming release of AWAKEN THE DARKNESS, the eighth book in my Immortal Guardians series. If you like powerful immortal heroes, kick-ass heroines, and a lot of action, passion, humor and romance, then I think you’ll enjoy this book. Don’t worry if you’re new to the series. Each Immortal Guardians book can be read as a stand-alone novel or novella. You’ll just be more familiar with the secondary characters if you read them in order.

Today I thought I would give you a glimpse of the hero and heroine of AWAKEN THE DARKNESS—Stanislav and Susan—through a character interview.  Sheldon, one of the mortals in my series (and a favorite of myself and many readers, thanks to the comic relief he provides) will be interviewing them.

Sheldon: First, let me say it’s really great to have you back, Stan.

Stanislav: Thank you. And you are…?

Sheldon: *stares* Dude, you don’t know who I am?

Stanislav: *shrugs* Are you a reporter?

Susan: *nods* I think he is. He’s here to interview us, right?

Stanislav: *lips twitch* I know. I was just kidding.

Susan: *laughs* You ARE here to interview us though, right?

Susan: Why? I thought the whole immortals, vampires, and gifted ones thing was supposed to stay hush-hush.

Sheldon: It is. But the humans who work for the Network, researching a cure for the virus that infects immortals, providing them with weapons, cleaning up their messes, etc., have been running into more immortals lately and it’s sparked their curiosity.

Stanislav: Their curiosity or their fear?

Susan: *frowns* Why would Network employees fear you? They know you and your immortal brethren are out there every night, hunting and slaying psychotic vampires who prey upon humans. They even help you do it.

Sheldon: Yes, but you’ve been around immortals long enough now, Susan, to know that some of the sh** they can do is...

Sheldon: To say the least. And some people find the special gifts coupled with the incredible strength, speed and regenerative capabilities you possess…

Susan: I suppose I can understand that. I was born with a special gift myself and was STILL a bit unnerved by some of the things Stanislav can do.

Sheldon: *grins* So I’ve heard. BUT we’ve done enough of these interviews in recent years to temper the fear and spark Network employees’ curiosity. *looks to Stanislav* And everyone wants to know where the hell you’ve been, man.

Stanislav: *grunts* Stuck in the ground, consumed by pain.

Sheldon: Yes, but how did you get there? Contrary to popular belief, neither vampires nor immortals are dead. Or undead. Or go to ground during the day. So how did you end up… *trails off as Stanislav’s eyes begin to glow*

Susan: *reaches over and rests a hand on Stan’s knee* We don’t really need to talk about that, do we? That wound is still pretty raw.

Sheldon: In your basement.

Sheldon: I think I speak for everyone when I ask… Why the hell were you digging in your basement?

Susan: *smile turns wry* That’s what I kept asking myself.

Stanislav: *winks at her* I have a way of compelling her to do things she ordinarily wouldn’t.

Susan: *laughs and gives his shoulder a shove* Don’t say it like that. You make it sound like we do weird things in bed.

Stanislav: *grins* Don’t we? Last night, did you or did you not ask me to—

Susan: *claps a hand over his mouth and blushes* Don’t say it!

Stanislav: *peels her hand from his mouth and presses a kiss to her palm* I wasn’t. I just love to see you blush.

Sheldon: *mutters* In more ways than one. *clears his throat* So Stanislav, you were born with empathic abilities?

Stanislav: Yes. I not only can read other people’s emotions, I can manipulate them as well.

Sheldon: And for the newbie’s at the Network, you have these abilities because you were a gifted one before your transformation.

Stanislav: Yes. I was born with advanced DNA that bestowed that particular gift upon me.

Stanislav: Correct. And, unfortunately, without our advanced DNA—which protects us from the more corrosive aspects of the virus—humans infected with it suffer progressive brain damage that rapidly drives them insane, so they all ultimately become violent predators.

Susan: That’s so sad. Do you think the doctors at the Network will find a cure?

Sheldon: For Cliff’s sake, I hope they will. Susan, you were born a gifted one, too. What gift do you possess?

Sheldon: So you can read other people’s minds?

Stanislav: *turns to Susan* That reminds me, you might want to avoid reading Sheldon’s mind, because—

Sheldon: What’s too late? Did she read my mind?

Susan: *slaps Stanislav on the thigh* Why didn’t you warn me sooner?

Stanislav: *chokes back a laugh* I forgot.

Susan: *still wincing* Yes, it is. It really is.

Stanislav: *grins at Susan* I love it when you blush.

Sheldon: Okay-okay. You’ve had a big laugh. Now let’s change the subject and get back to the… Ah hell. Now she’s doing that thing Dana does.

Sheldon: Dana gets red in the face whenever I look her in the eye.

Stanislav: Why? Did she read your mind too? I thought she was psychic, not telepathic.

Sheldon: She IS psychic. But apparently when she touched my hand she saw something from my past.

Stanislav: The incident in Italy?

Sheldon: *eyebrows fly up* You know about that?

Stanislav: EVERYONE knows about that.

Susan: *jaw drops as she stares at Sheldon with wide eyes* You actually DID that? In PUBLIC?

Sheldon: *rises* Okay. I can see this interview is going to go nowhere now, so let’s just pick it up again another time.

Susan: *calls after him* I’m sorry. I’ll try not to blush next time I see you. *looks at Stanislav as the door closes behind Sheldon* Seriously, you need to do something to get those images out of my head.

Stanislav: *lifts her over onto his lap and captures her lips a long, deep, passionate kiss*

Susan: *smiles up at him* That’ll work. Now do it again.

Stanislav: *complies with a grin* 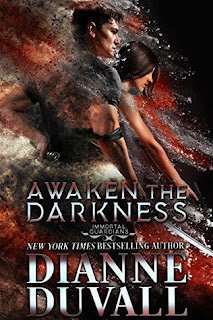