UFI welcomes P.A. Lupton Author of Bound by Blood. Thanks for Joining us!!
What can you tell my readers about yourself that they might not know from looking on your bio or reading in another interview?

Well, I think from my Bio’s readers know I’m Canadian, married, and I have two boys. I also make no secret that I love to read, and that Paranormal Romance and Urban Fantasy novels are the genre’s I prefer. What a lot of readers don’t know is that I also have a weakness for cowboys. I am a huge Lorelei James fan and I read all of her books. So if I’m not reading about vampires or werewolves—it’s cowboys.

Spending time with my family is definitely top of that list. When I have time to myself to relax though, I always grab a book. I read all the time, and if I’m not reading I’m usually talking about reading on Goodreads (my second addiction).

At first I was nervous about sharing my novel with readers, but I really enjoy it when someone tells me how much they loved the book. I know how much enjoyment I derive from reading, so the fact that I’ve brought that to someone else is definitely the best part about writing.

I’ve debated on whether I want to answer this honestly or not—it’s a little embarrassing. My mother knows how much I enjoy writing. She took a trip to Disney awhile back and brought me back a Figment doll and a purple Figment mug, which she thought was apropos since he represents imagination. Now I have to have both with me when I’m writing. I get my tea ready and the stuffed animal sits next to my computer. It’s weird but I don’t write without them.

I like how you worded this question. I can tell you’re a fellow book addict when you don’t ask “what is your favorite book/author”. How can anyone choose only one? I LOVE Jeaniene Frost’s Night Huntress series and J.R. Ward’s Black Dagger Brotherhood series. I am also a huge fan of Karen Marie Moning’s Fever series, and Chloe Neill’s Chicagoland Vampires (although I was pretty angry with her after reading
Hard Bitten, but I’ve since forgiven her).

How would you pitch Bound by Blood to someone who has not heard of it before?

The particulars of the plot are in the description of the book, but what I will say about Bound by Blood is this: I love witches and I love vampires, but most of the novels I’ve read are about either one or the other. My idea for Bound by Blood came from my theory as to the origins of both witches and vampires, which is completely different than popular myth. I also wanted to create less separation of the two, writing a story that intermingles both.

Can you tell us a little bit about the world that Bound by Blood is set in?

Bound by Blood is set in our reality. The world is unaware that vampires and witches exist, and the heroine Brianna has no idea she’s a witch. Brianna works as an FBI agent and it’s during her investigation into a string of serial murders that she discovers the world is not what she thought.

Do you have a favorite scene in Bound by Blood?

One of my favorite scenes in Bound by Blood occurs after an incident that embarrasses Brianna. Nathan disregards Brianna’s discomfiture, telling her that when she is old enough she will move past becoming so easily embarrassed. Brianna decides to teach Nathan a lesson about belittling her feelings. She uses her gift (she can project emotions and feelings onto others) to give Nathan an orgasm at the dinner table while they have guests:

Morrison looked away and disguised his laugh with a cough. Aidan quickly finished his food and made an excuse to leave. After a few minutes, Nathan finally quieted down and looked up, his face scalded with embarrassment. Morrison excused himself hastily and left us alone. I leaned back in my chair with my arms crossed over my chest and a self-satisfied grin covering my face.

“You know they are aware of what just happened.” he muttered with chagrin.

“Well it’s a good thing you’ve matured beyond the infantile emotion of embarrassment then isn’t it.” I said with smug satisfaction.

Brianna is really the only character I write about. Because the story is narrated in the first person POV the other characters are all seen through her eyes. I always like reading stories in this narrative because I feel more drawn into the story and connected to the heroine. 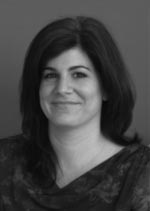 Ever since I can remember I’ve had an addiction to books, and from the moment I picked up my first Anne Rice novel, I was hooked on the paranormal. The compelling lure of the paranormal world is irresistible. It is a world where anything and everything is possible, and the boundaries of humanity need not apply. A world in which life spans are measured by centuries and millennia, rather than decades, and a woman can possess inhuman strengths and kick major ass, yet still retain her innate femininity.

Why Vampires? They are the ultimate bad boys.

Women love a dangerous man, and what could be more dangerous than a vampire. Vampires embody everything we crave about the stereotypical bad boy. They exude confidence and sensuality. They are exciting, mysterious, and the epitome of masculine perfection—strong, youthful, and indescribably gorgeous. What’s not to love? 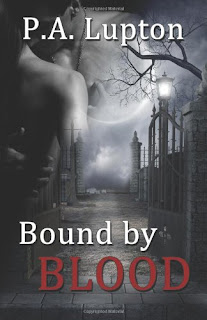 
FBI agent and psychic, Brianna Reece, descends from an ancient and powerful bloodline of witches, only she doesn’t know it. But now that legacy has come back to bite her—literally. In the shadows of night in Denver Colorado, a serial killer is hunting women, and FBI agent Brianna Reece is hunting the killer. Unlike any case she’s worked before, Brianna can’t ignore the prickling at the back of her neck when she glimpses the resemblance she shares with the victims. The investigation begins to touch even closer to home when it is revealed that all of the victims were also psychic. Complicating matters further, Brianna is captivated by the FBI’s prime suspect Nathan Donovan. Though she senses he is hiding something from her, the attraction she feels for him is compelling, and unlike anything she’s ever experienced. Through a chance twist of fate, Nathan learns of Brianna’s ancestry and is forced to divulge secrets to Brianna that will change her life forever. When she learns that the killer is an evil vampire, and he’s now set his sights on her, Nathan alone holds the key to awakening her dormant powers. Now he must race to teach her how to control her emergent gifts before she becomes the next victim.

FILL OUT FORM TO ENTER
Read more »
Posted by StacyUFI at 3:00 AM 11 comments: