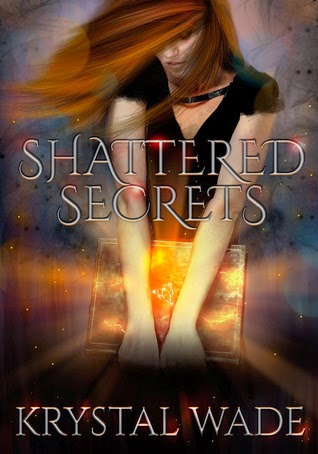 After being kidnapped, hogtied, and stuffed in the trunk of a car, seventeen-year-old Abigail Nichols' boy problems seem unimportant.
She couldn't be more wrong.

The boy who saves her holds her heart.

Magical beings who guide human emotions are fighting an invisible war dating back to the dawn of time, and Abigail's one of them. The more she learns of her heritage, the less she wants to know. Armed with a very old, very massive book to teach them about their history, Abigail and Derick run away to a place where they think they can be safe and happy, only to have their troubles secretly hitch a ride.

Her history book is in a sharing mood, and it tells her to keep a secret of her own.

But has she put her trust in the wrong place?

And will the world survive if she has?

SHATTERED SECRETS started off pretty strong, lost me in the middle and found me again towards the end. There was a unique storyline with some parallels to her previous Darkness Falls Series.

I really found myself wanting to learn more about the type of people the characters were but their struggles seemed to drag out longer than I felt necessary. When I finally got to the point where we were getting answers it ended. I might read book 2, I might not. It isn't at the top of my list though. 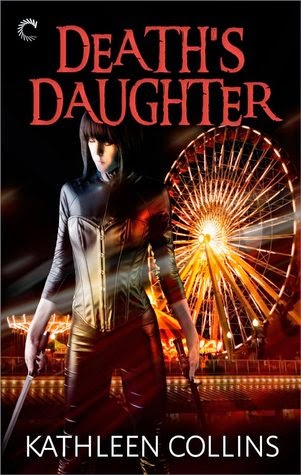 
Juliana Norris, Realm Walker with the Agency, is an Altered. A fact that she runs up against every time she's forced to work with human police officers, and their species-ist commissioner, on cases they can't solve themselves. Which happens more than they would like to admit.

Her gift—the quality that makes her the best Realm Walker in the business, without boast—is the ability to read magical signatures. Whether the gift came from her father, the dark fae god of death, or the mage mother she can't remember, is anyone's guess. And when Altered children start going missing with only wild magical signatures as clues, her heritage is the last thing on her mind.

She can't afford such distractions, and she definitely can't afford to worry about the fact that her mate, master vampire Thomas Kendrick, hasn't spoken to her since she saved him from a demon—maybe it's because she had to stab him to do so. Because whoever is kidnapping these children must be very powerful to wield wild magic. Very powerful, and very dangerous indeed.

There are plenty of situations in book 2 that had my heart pounding. I even shed a few tears. I got most of everything I was hoping for in DEATH'S DAUGHTER.  I nice pace, great writing, action, danger, suspense, and romance. I didn't figure out the mystery until the end and was pretty shocked that I didn't pick up on it sooner. That is a win in my book!

Watching Julianna come farther out of her shell was very entertaining and I can't wait to see more of Juliana and Thomas in book 3. 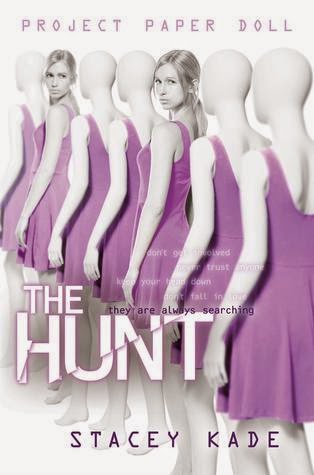 Ariane Tucker has finally escaped GTX, the research facility that created her. While on the run, Zane Bradshaw is the only person she can trust. He knows who-and what-she is and still wants to be part of her life.

But accepting Zane's help means putting him in danger.

Dr. Jacobs, head of GTX, is not the only one hunting for Ariane. Two rival corporations have their sights set on taking down their competition. Permanently. To protect Zane and herself, Ariane needs allies. She needs the other hybrids. The hybrids who are way more alien and a lot less human. Can Ariane win them over before they turn on her? Or will she be forced to choose sides, to decide who lives and who dies?

Most of THE HUNT was spent with Ariane and Zane staying on the run, visiting with Zane's Mom and plotting to turn some other hybrids into allies while also trying to rescue them. Nothing they set out to do goes as planned and by the end of the book you just want to shake the heck out of them and tell them they ruined everything with their constant bad decisions.

I found the pace a bit slower than THE RULES and although I enjoyed it, I didn't find it as interesting either. If you read THE RULES you will still want to read THE HUNT and the cliff hanger at the end will make you want book 3.