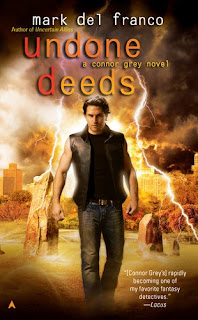 
Connor Grey is a druid consultant for the Boston PD on their "strange" cases. So his world is turned upside down when he suddenly finds that he himself has become one. Wrongly accused of a terrorist attack that rocked the city to its core, Connor evades arrest by going underground, where rumors of war are roiling. A final confrontation between the Celtic and Teutonic fey looks inevitable—with Boston as the battlefield...