UFI welcomes Sharde Richardson Author of Watched. Thanks for Joining us!!
Character This or That (Lucas)
Hello Stacy

up or down? Up is always preferred.

music or video games? Music. After a Sentry claims his prime, their union, I suppose to you it would be marriage—is sealed to a drum song. I’m expected to claim soon, and so this drum song—this music, stays with me. I have been both dreading and welcoming this music.

angels or demons? Did you really ask me this? I destroy demons with my charge, Mikayla. I have never met an angel. They do not fight as openly as Sentries.

vampires or werewolfs? Werewolves are much easier to associate with because Sentry, in Lycan form, share a resemblance. But please don’t be confused, Sentries are nothing like werewolves. We are much stronger and not controlled by the full moon. As for vampires, the living or dead kind, they are both annoying.

paperback or ereader? I don’t have time to read in any format.

Coke or Pepsi? Neither. I prefer water.

Magic or Mystery? Both go hand in hand. Half of all magic is concealed by mystery. 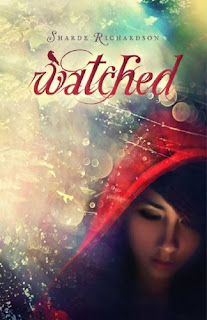 
Mikayla doesn't want much: just to rock out to her favorite band, become the next Kwiki Stop video gaming champion, and keep her Q-tip habit under control. What she does want is the sight of the sudden inexplicable dark auras around everyone to stop. Problem is, those auras are demons and Mikayla is the last trait holder with the power to ban them. Which is a total buzz kill.

To make matters worse, the town folk of Sulphur Springs don't look the same, and her classmates are a little dark in the eyes. There are murders, suicides, reckless skinny-dipping, gratuitous use of Q-tips, and newfound powers that Mikayla must learn to control.

Her past becomes present when a shape-shifter tells her what her true identity is, and how to keep the demons of Hell from nipping at her Converse. Through him she'll discover who to trust, who to kiss, and how valuable her abilities are to the right beings. Because the evils of Hell aren't staying down without a fight...

Or without her soul.