Twisting the Myth: Werewolves and Loup-Garou

I remember hearing the term loup-garou not long after moving to Louisiana. It’s French for “werewolf,” of course, and South Louisiana once belonged to France. So the legends of the loup-garou (also called “rougarou” or “roux-ga-roux”) date back to the land’s settlement.

Much of my fiction is heavily tied to South Louisiana culture, so I’ve had fun playing around with the loup-garou legends. In a digital short called Christmas in Dogtown, I used the most common “rougarou” tales heard around Acadiana (south-central Louisiana, where the Acadians, aka, Cajuns settled). To the old timers, the rougarou is a monster that livese in the swamps. Sometimes he’s seen as a white dog; sometimes a black bear; sometimes a wolf.

Sometimes the rougarou only partially shifts, and has the body of a man but the head of a wolf or dog. While the rougarou is used to threaten kids to behave, his nature isn’t clear—in some versions of the legend he’s evil; in others, he might show up as a warning or a benign creature.

In some of the legends, becoming loup-garou (which is a curse brought on by having your blood consumed by a loup-garou) isn’t a life sentence but lasts 101 days as long as the cursed person doesn’t speak of it to anyone. In other legends, the rougarou is turned by a witch’s curse.

For my Sentinels of New Orleans series, I decided to twist the loup-garou legend to tie it even more firmly to Louisiana culture. I didn’t want my garou to be an ordinary, garden-variety werewolf. Bor-ing!

So my loup-garou came to Louisiana with the Acadians when they were driven out of Canada by the English in the 1700s and settled in the remote French colony of Louisiana. He (or she) carries a virus that is a demon’s curse and can be easily passed to a human through an open wound. My loup-garou is, like a werewolf, affected by the moon cycles, but shifts more easily. He has less control over his wolf, is a rogue that avoids packs and social structures, is always an alpha, and is bigger than your average wolf. He has a deep red coat and golden eyes.

How evil is my version of the loup-garou? He’s not innately bad, but he’s very other. It isn’t yet clear in the books how much the human mind stays in control once the wolf takes over the body, but the Louisiana rougarou legend is of a creature who retains his human ability to think and reason, only with perhaps less inclination to do good. Which means anyone who comes across his path at the wrong time, or angers him, or makes him lose control…well, that person might be in trouble.

Um…did I mention that one of my major series characters is a loup-garou, and a newly turned one at that? He’s not handling it well and it’s something he and my other characters are going to have to deal with for quite a while, which means lots of interesting twists and turns ahead.

One of the things I most love about writing paranormal fiction is the ability to take a common mythology—a vampire or a werewolf or, in River Road, a merperson—and twist it to create a fresh look at an old convention. Who’s your favorite werewolf? What do you most like about him? 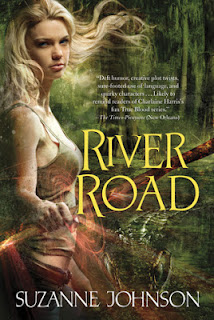 Hurricane Katrina is long gone, but the preternatural storm rages on in New Orleans. New species from the Beyond moved into Louisiana after the hurricane destroyed the borders between worlds, and it falls to wizard sentinel Drusilla Jaco and her partner, Alex Warin, to keep the preternaturals peaceful and the humans unaware. But a war is brewing between two clans of Cajun merpeople in Plaquemines Parish, and down in the swamp, DJ learns, there’s more stirring than angry mermen and the threat of a were-gator.

Wizards are dying, and something—or someone—from the Beyond is poisoning the waters of the mighty Mississippi, threatening the humans who live and work along the river. DJ and Alex must ﬁgure out what unearthly source is contaminating the water and who—or what—is killing the wizards. Is it a malcontented merman, the naughty nymph, or some other critter altogether? After all, DJ’s undead suitor, the pirate Jean Laﬁtte, knows his way around a body or two. 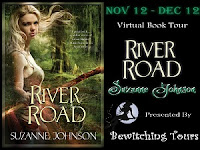