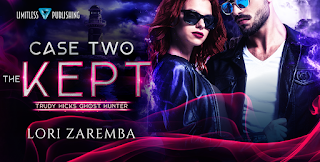 UFI welcomes Author Lori Zaremba. Thanks for Joining us!! 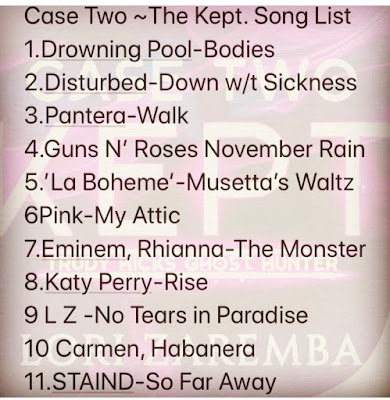 Lori Zaremba is a full-time Internet Sales Manager and writes Web Content as well as providing Copy Editing for businesses in the Greater Pittsburgh Area. Lori has published short ghost stories on Your Ghost Stories, as the Haunted_Cleaner and on her website lorizaremba.com

On her website, lorizaremba.com, Zaremba refers to herself as the ghost magnet and briefly describes her encounters with departing spirits.

Lori began writing her fiction story as a creative offering of why a ghost would haunt.  Before long the story became a novel Case One: The Deceit in the Trudy Hicks Ghost Hunter series.

Lori currently lives in the suburbs of Pittsburgh with her husband Wayne and two fur babies Jaxson and Stewie. 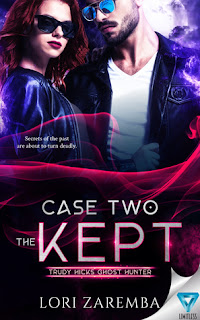 
If anyone tells you hunting ghosts is less dangerous than chasing down real-life criminals, they’re wrong. Very, very wrong.

Case two takes us to a New Jersey Shore Inn. A beautiful, yet dead opera singer seems to be begging for help, but her pleas do nothing but terrorize the locals.

While trying to decipher the clues to her 1919 disappearance, uncovering hair-raising horrors, it becomes clear that Jason and I no longer see eye-to-eye.

What he doesn’t understand is this is my life. These tortured souls need my help in order to move on. How do I walk away from that—from them?

But the better question is—how do I walk away from him?


The wind was knocked out of her, and she had landed hard. Somewhere nearby, it was breathing heavily. She had to listen over the short gasps for air that passed her lips and the barking dog that was ramming against the other side of the locked door. Trudy lay there frozen, exhausted…but not ready to die. Finally able to breathe, she sucked in the precious air that her body denied her a minute ago and realized a couple of ribs might have broken. She could taste the blood from the gash on her upper lip.
Knowing she had to find her way out of the room, Trudy got shakily to her feet and craned her neck to look for a weapon, anything she could use to hurt or at least distract the invisible demon that was attacking her. Ducking out of the way of a lamp that flew through the air in her direction and a pair of projectile candlesticks that impaled the wall behind her, she quickly dove to crouch beside a desk where she had been working just a few minutes earlier.
What the hell happened? A voice screamed inside her head over the snarl of her attacker. She and Dana were packing up to leave. They had helped the troubled spirit of John Thomas crossover, and the priest was blessing the house. Everything was peaceful. It was one of the most straightforward investigations to date. She even called Jason, who was coming to help her wrap up before taking her to his friend’s cottage on a nearby lake, telling him to take his time. She truly believed she had everything under control.
Rocky, the dog she recently rescued, was now howling, and she could hear Dana calling to her. Both sounded distraught. She knew if a miracle didn’t happen soon, she might be a goner.
Trudy felt the dark, rotten energy coming toward her again in a rush. Overcome by the smell of sulfur that made her gasp and stung her eyes, she willed her broken body to tumble under a nearby table then roll again when the thing picked that up and slammed it down, nearly crushing her.
Jumping awkwardly to her feet, mindless of her pain, Trudy felt a low vibration. Pictures from the wall and books from the shelves came at her at a high rate of speed. It took every bit of focus she had to block the onslaught of household items now being used as weapons of mass destruction. Trudy noticed a crucifix that had been hanging on the wall sailing past her on her right, and she grabbed it before dropping and crawling between the couch and coffee table. She could feel the vise-like grip around her ankle. Now what? She kicked her free leg in the hope of making some contact but found only air.
It pulled her rapidly toward the center of the room.
“Let go of me, you bastard!” Grabbing on to one of the desk legs, Trudy held on with every bit of strength she had left, but whatever was yanking her was too strong and pulled her free. Watching in awe and horror as the desk rocketed to the ceiling,where it hung suspended. With the crucifix still in her hand, she bellowed, “Stop in the name of Jesus Christ.”  The activity stopped for a short, sweet moment, and Trudy sucked in a shaky breath.
A low rumbling started, and before she knew it, the coffee table and sofa lifted to join the desk on the ceiling directly above her.
She weakly held up the cross again and watched in horror as the furnishings dropped loudly, piece by piece in rapid succession to the floor, nearly missing her as she awkwardly somersaulted out of the way. Trudy, lying in the fetal position in among the busted furniture, waited for the next attack. The room was quiet and still. She tried to climb to her knees, but the pain in her midsection stopped her. Suddenly lightheaded, she gasped for air as nausea consumed her.
The energy in the room changed, and a swirling mist appeared to gather around her. Am I dying? The images around her grew fuzzy. From somewhere behind, she heard a loud bang, and before she knew what was happening, she was tumbling into open space.