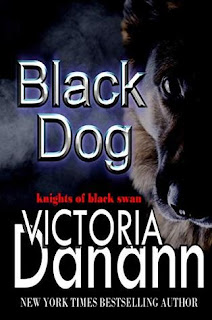 The Hawking family is at home at the Northern Ireland farm and wolf-dog kennel for Yuletide when Blackie goes missing. Instead of a joyous celebration of family and friends, Ram's mate and elflings are beside themselves with fear and worry. As Song and Litha bring their respective paranormal abilities to aid in the search, the story takes a turn into the dark world of dogfighting and the abduction of adult male dogs matching the profile of fighters.

Black Swan rarely gets involved in the mundane affairs of the world because it's not their purpose, mission, or directive. But when Simon's office is drowned in messages from retired knights insisting that Blackie is unofficially one of them and that an exception must be made, he relents and orders available personnel to assist B Team with a rundown.


Blackie climbed the hill to his favorite spot. He didn’t trot or run, as he’d been known to do in his younger days. He ambled, telling himself that he could trot or run if he was so inclined. He just didn’t feel like it that minute.
The hill above the Laiken kennel and farm had the very best view of the surroundings. When he was there he could imagine himself to be protector of all he surveyed; his people, the land, the wolf dogs.
There’d been a light snow the day before, but the morning’s bright sun had melted a small clearing that formed a patch of bright green grass. Bright sun was unusual in northern Ireland at that time of year, but dogs don’t analyze changes in weather or atmospheric conditions. They simply accept what is and adapt as best they can. When the sun shines warm on old bones, they accept it.
After turning in a circle three times around the patch of green, Blackie sunk down into a sphinx pose and indulged himself in a satisfied sigh.
It’s impossible to know what dogs do or do not remember. Perhaps he had crystal clear memories of his adoption by The Order of the Black Swan and recalled every detail of every adversity and adventure. Perhaps there was a vague recollection of his history. Who can say?
He sat on the hill overseeing his farm. Perhaps old dogs do what old people do. They divide their reveries between recollection and remorse. Because even the best of us, human or dog, could have done things better. If there was an exception to that, it would be Blackie. Because he had never failed to give his whole heart and effort to any given task in any given moment. Surely dogs as smart as Blackie are like humans, recalling this corner of a moment or that fragment of a song at odd and inexplicable times.
To Helm, Blackie was as constant as was the idea of his father, Sir Rammel Aelshelm Hawking, Black Swan Knight Emeritus and Prince of Ireland, and his mother, Lady Elora Laiken, Black Swan Knight Emeritus, former Princess of Britannia, Stagsnare Dimension.
Perhaps his earliest memory was a black muzzle shoved between the bars of his baby bed resting on the sheet-covered mattress, intelligent brown eyes full of light and staring at him intently like he was the most precious thing in the universe. At fourteen he’d never confronted the prospect of surviving Blackie. He’d never considered it and simply couldn’t imagine the world without the big black dog. 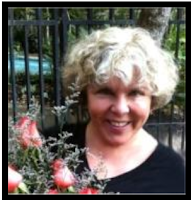 OVER ONE MILLION BOOKS SOLD

In addition to the brave and beautiful vampire hunting knights, Victoria writes other paranormal romances that often touch on scifi/fantasy along with contemporary bikers for those who love it when the bad boys are soooooo good.