UFI welcomes Author Sennah Tate. Thanks for Joining us!!

As a full-time author, I often get asked “What do you do when you’re not writing?”

While I wish the answer was “Jet-setting around the world, sipping Mai Tais on tropical beaches while exotic hunks tend to my every whim,” the real answer is “being a nerd.”

What do I mean by that? I like video games, cartoons, amusement parks and get WAY too excited about NASA news. Of course I like to read, I love learning and my favorite TV shows are the ones that teach you something.

But once a week, all of that gets pushed to the side as a group of my closest friends and I gather on Skype for a session of Dungeons & Dragons.

Yeah. I’m that kind of nerd.

But I’m not ashamed! Extracurricular activities like D&D have helped my stories in countless ways.
While working on the Soul Shifters, my monsters were less scary and more of a nuisance. I knew I needed to amp up the danger somehow, but all of my attempts fell flat. It wasn’t until a D&D session full of gibbering mouthers that the monstrous ideas started to pour forth. One thought joined with another and I added a little dash of this and that and before I knew it, I had some really nasty creatures on my hands.

I couldn’t have been more thrilled.

Dreaming up sweet and steamy love stories is easy for me; I love happy endings, I love overcoming obstacles and defying the odds. That’s my favorite part of this job. But creating those obstacles is a challenge in its own right. I’m thankful for the friends and hobbies that help me breathe life into my antagonists and make me a better writer as a result. And hey, the next time you’re looking for inspiration, grab some dice and a handful of good friends and you can have the time of your life making stuff up together! 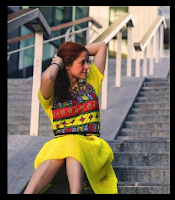 Sennah Tate is an up and coming Florida author in the world of romance. She likes writing about fiery heroines unashamed of their curves and the sizzling hot shifters that can't get enough of them.

When she's not writing and drawing dinosaurs, she enjoys the outdoors, her friendly retriever mix, and Disney World. Her exuberant personality brings cheer to dark days and she firmly believes that redheads will inherit the earth. 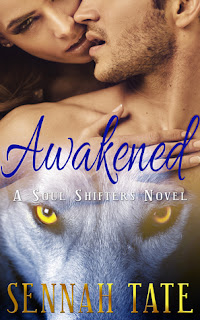 
Gemma Fellings, a recently canned school teacher, is looking for a fresh start. She’s never allowed herself to have friends, relationships, or even fun. Carson Sanchez has an abundance of friends, but he’s plagued by the skeletons in his closet and no one can help him escape his past.

A chance encounter leaves them both fantasizing, but they never even exchanged names!

When Gemma’s new friend – Carson’s sister – goes missing, the two find themselves thrust together again. It can’t be a coincidence, can it?

The strange happenings in town are much bigger than Gemma or Carson imagined and they’ll need to use their connection to each other to harness new paranormal abilities in order to save the ones they love.

The waste of his time pissed Carson Sanchez off more than anything else. Was it annoying that his name always popped up when there was a burglary near-by? Of course. Did it irritate him that after a decade of maintaining a squeaky-clean record people still thought the worst of him? No doubt. But to drag him half-way across the county when he could have given his alibi over the phone really pissed him off.
When he’d first gotten out of prison, it was a nearly weekly occurrence. Small town cops didn’t have much better to do than harass their resident felons. As time went on, they bothered him less, but every now and then someone in town or someone in law enforcement liked to remind him that his past misdeeds weren’t forgotten and that he would never be truly free. Regardless of whether he served his time or not.
The rain beat down on his cherry red Camaro, but it didn’t bother him – the car needed a good wash anyway. He’d had a hell of a day – the Lake County Sheriffs weren’t exactly known for their hospitality to ex-cons. They had no reason whatsoever to think he was connected to the string of robberies half an hour away. Lack of evidence didn’t stop them from holding him as a ‘person of interest’ for nearly ten hours. His shoulders ached from being tensed for so long and he wanted nothing more than a boiling hot shower and a cold beer before turning in for the night.
Flashing lights up ahead made him tap on the brakes – figures, there were always accidents in this kind of weather. He slowed to a crawl, peering through the thick sheet of rain to analyze the extent of the damage. There was only one car on the side of the road and he soon saw that it wasn’t an accident at all. He could make out movement in the car, but not much else was visible through the weather.
He debated stopping – he should just mind his own business, take his happy ass home and leave the rescuing to someone else. He should. Then he thought of what his best friend would say.
You made a promise to the Universe, remember, Aaron’s voice chimed in his head.
It was hardly fair to hold that over his head; he was sitting in front of the parole board, he would have promised anything to anyone if he thought it would get him out of jail. For years he lived without caring for anyone. Without caring how his actions affected others. He’d hurt so many innocent people and taken so much away that by the time he got out, he was ready to settle the score. He had a lifetime worth of bad karma added up and he couldn’t pass up an opportunity to tip the scale toward the good side.
His stomach grumbled, reminding him that the police hadn’t fed him and the two double cheeseburgers he scarfed down on the interstate were long gone.
He clenched his teeth and cursed silently. He couldn’t just drive past.
Carson parked the Camaro in front of the incapacitated car and turned his flashers on. He steeled himself for the hot shower he was about to get.
“So not what I had in mind,” he grumbled as he opened the door and hurried to the stranger’s window.
***