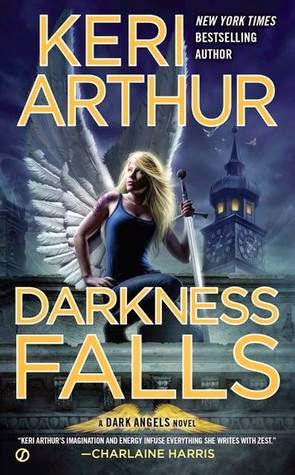 
New York Times bestselling author Keri Arthur brings her Dark Angels series to a breathtaking conclusion as half-werewolf, half-Aedh Risa Jones treads a knife’s edge between the salvation of the human race and its total annihilation.

The search for the last key to the gates of hell has begun, and half-werewolf, half-Aedh Risa Jones is in more danger than ever—and one misstep could prove ruinous. It's only a matter of time before Madeleine Hunter, the dangerous head of the vampire council, begins her hunt for complete domination. And for Risa, that comes with an alarming ultimatum: hand over the last key to Hunter or, one by one, her loved ones will die.

Now, it’s a race against time for Risa to save those she loves, and to stop Hunter's apocalyptic plan to open the very gates of hell.

Review: Under My Skin by Shawntelle Madison 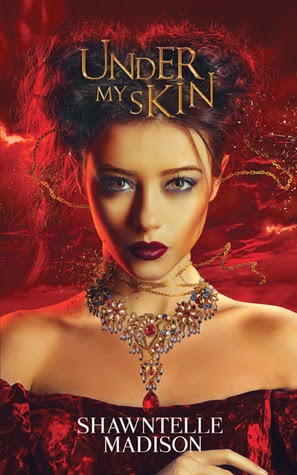 
Everyone wants to either be a member of the Guild or work for them. Little does the populace know that the Guild hides sinister secrets...

For Tate Sullivan, life in her small, coastal town is far from glamorous. The affluent lives of the Guild members and their servants isn't something she has ever wanted. But all sixteen year-olds must take a simple test, and Tate's result thrusts her into the Guild's world, one where they hide horrible plans for those they select. Tate must fight the relentless General Dagon for control of her mind, body, and soul to keep the one precious thing she has always taken for granted: herself.

Her only ally is the same handsome boy she is pitted against in General Dagon’s deadly game. Quinn desires nothing more than to end the life of General Dagon who has taken over Tate's mind. While romance blooms between Tate and Quinn, General Dagon plots to eventually take over Tate's body, and love might end before it even begins.


I had absolutely ZERO issue getting into UNDER MY SKIN. Not only did I really enjoy the characters, but the world was awesome and the whole concept of the story was unique and interesting. Even with the blurb I didn't fully GET what was going to happen. I had an idea but I didn't realize how much more there was to my idea. I don't want to spoil anything for the reader so I won't go further into the details.

Tate can't possibly understand why she was picked to be a water bearer. She finds nothing special about herself and has no clue what the fuss over her is. She had no want to be a water bearer, but she is thankful that her cousin Zoe was picked along with her.  Tate was great. She doesn't do anything quietly and refuses to give up on herself and Zoe even though the odds are stacked against her. Don't get me wrong she has her moments of weakness, but she was a bad-ass and she knew it.

I wanted a little more out of the romance between Tate and Quinn.  There were plenty of feelings there, but I wasn't totally able to fall into their story as a couple. I also felt the final showdown between Tate and General Dagon was lacking. The whole book leads up to this point. Tate has her chance to be free of him and it's just over in a few moments. I wanted more out of it.

I am very interested in seeing how book 2 will start out. Tate has some big shoes to fit into and I can't wait to see if she pulls off her deception.

* This book was provided free of charge from NetGalley in exchange for an honest review.
Posted by StacyUFI at 2:30 AM No comments: