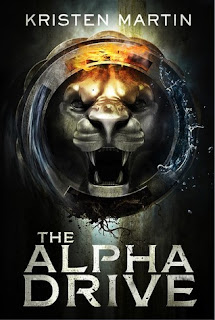 It's the year 2055 and an anarchist organization has taken control with the aim to create a world-class society. Half of humankind is unknowingly living in an alternate reality called Dormance . . . and there are no plans to wake them up.

Sixteen-year-old introvert Emery Parker is one such dormant. An academic scholar who avoids ruffling feathers at all costs, Emery finds herself being transferred to a boarding school on the outskirts of Arizona. Little does she know, a family secret has the power to change the course of the future. When she's approached with an opportunity to free the dormants, she sees no other choice but to accept, even though failure could mean having her memory wiped clean.

But when tech-savvy Torin Porter reaches out to her from the other side, Emery begins to question everything she was told about Dormance. If her family's secret falls into the wrong hands, the world as she knows it will be faced with irreversible consequences. Now Emery must play both sides to uncover the truth about her family's past or risk leaving mankind to live in an unconscious reality.


*There are some minor spoilers included in this review*

Although I was able to finish ALPHA DRIVE I found there were a lot of issues along the way.

THE ALPHA DRIVE lacked world building.  If I hadn't read the blurb for the book, I don't think I would have known what the heck was going on and even after reading the blurb, I didn't fully understand everything that was involved in the world.

The friend relationship between Emery and her brand new roommate was weird. They JUST met each other yet the roommate is super obsessed with knowing everything Emery does and gets upset with her like they are best friends that have known each other for ages instead of a small amount of time. I also didn't understand the point of Emery having a relationship with Anthony in THE ALPHA DRIVE. She makes it clear that she doesn't feel the same way about him as she did when they first met and she is a total bitch to him. I don't understand how he came to visit her so often when he lived so far away—when her sister came with her to drop her off at school, she took a plane back home—and there wasn't much to his visits when they happened. It didn't move the story along in any way or develop Emery's character at all. There just didn't seem to be much point to her having a relationship in the book at all. On top of these two secondary characters, there were others that didn't add much to the story. Emery's childhood best friend is mentioned, but Emery talks to her like once throughout the whole book, why mention her at all?

After reading THE ALPHA DRIVE I am left with about a million questions and not in the 'I have to get my hands on the next book' kinda way. The last portion of the book was a jumbled mess and although I wouldn't mind knowing what happens after the end of THE ALPHA DRIVE, I don't think I will bother going out of my way to find out.