UFI welcomes Author Courtney Shepard. Thanks for Joining us!!

I’m a super nerd which is obvious, but I used to be kind of a jock too. I played field hockey and rugby in high school and a bit in college. I water skied, slalom and jumping, and rode horses competitively for a short time after school. I also took an outdoor survival course when I was 18. It was wild. I spent three weeks in the mountains roughing it with a final three-day solo where we were meant to ‘survive’ in the elements (yes snow) with limited water, food and shelter. It was one of the most challenging and rewarding experiences of my life.

But that was then and this is now. These days I’m lucky if I can go for a couple of runs in a week.

Downtime is rare and precious for me, as with most people I suspect, but if I do get some, I don’t do much with it. I’m not very exciting. I wish I could say I go salsa dancing or fly-fishing, but no, I am quite boring. If I’m not writing, or able to squeeze in a luxurious nap, then I would probably catch up on tv shows I have been waiting to watch, movies, or books to read.

My favorite part of writing is when I give myself goosebumps. It doesn’t happen often, but when it does it’s sublime. If I allow my characters to lead my writing, sometimes the story begins to write itself and magic can happen. If I go back and read it, and it gives me goosebumps or makes me feel something, that is it. That is my perfect writing moment. I can’t get enough of that feeling.

Yes, I have a routine for writing, but it kind of goes against the rules. I have one of those brains where I need distraction otherwise I can’t focus. If it’s too quiet I can’t get into the right head space, so I like to write with the tv on. I prefer to put on a movie or show I’ve seen so many times it has become a type of background white noise. The soft, familiar sounds keep me going without distracting me enough to look up and watch.

I love Kelley Amstrong, Charlaine Harris, Laurel K Hamilton, and Christine Feehan. I adore books with strong female characters in lead roles, and if she’s got some kind of superpower, then you’ve got me.

How would you pitch Unbalanced to someone who has not heard of it before?

Every generation four sisters with elemental power are born to fight against a fanatical, secret faith. The Order hunts the sisters and sacrifices them for their power.

Separated and alone, the sisters with power over earth, air, fire, and water are unaware of each other and what hunts them, but evil is coming.

Can you tell us a little bit about the world that Unbalanced is set in?

Unbalanced takes place in this world much like this one, with only a few small differences.

There are four sisters running around with incredible elemental abilities. There is a fanatic secret faith that rules everything, but they rule in secret behind a curtain that separates this world and an uninhabited one. The Order exists behind the curtain, where Master of the Order can wield magic and control their strange followers. The world behind the curtain is parallel and empty, a pure, natural reflection of our world with no sentient creatures other than the Order’s Masters and followers.

The sisters and the Order do not impede the flow of the real world; however, they are the reason it exists and flows as it does.

Do you have a favorite scene in Unbalanced?

My favorite scene in Unbalance is when Asha and her sisters are all united for the first time since their separation as newborns. Ivy, the earth sister, has already found Mere, the water sister, and together they track Avia, the air sister, to a small cabin in the Swiss Alps.

Asha, the fire sister, arrives at Avia’s hideout with the Order. Little does she know that her long lost sisters are inside the cabin she just set on fire.  Her sisters bust out of the burning cabin to find an army awaiting them with Asha at the front of it. Asha’s sisters have no idea who they are or what they want.

When the Order attacks a battle breaks out and Asha must cross the battlefield to help her sisters.

Avia was my favorite character to write about. She is a mild-sociopath with the power of air. Her physical description is ethereal and a bit strange, and I enjoy her aloofness and her abilities. Ivy is the most difficult because she is supposed to be the good one, and I find it difficult to describe her goodness and stoicism under the circumstances of the story without coming off as too much and cheesy. Ivy is earth power and though she isformidable, and I think I found interesting ways for her to use her power, Ivy’s abilities are just not as much fun as Avia’s. 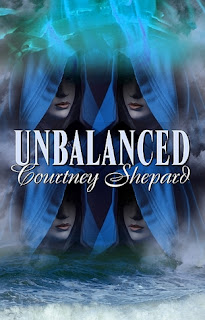 Every generation four sisters with power over earth, air, fire, and water are born to fight against a fanatical, secret faith. The Order exists only to sacrifice the sisters for their power. With each success their strength and control grows. They have never failed, for their rule depends on it.

The sisters, separated at birth, are unaware of what hunts them...but they are coming.

A handsome stranger discovers Asha in hiding, and swears allegiance to her cause. She falls for him; though he is not who he says he is. Betrayed and imprisoned inside the Order, Asha is without her power for the first time in her life.

As the war heats up haunting secrets and true motivations are revealed, but the sisters must unite and override their instincts and trust the untrustworthy if they are to fight their terrifying destiny.

With a crack and rumble, the ground surrounding the cabin broke apart and water burst from the earth. It sprayed as strong as any fire hose up and over the cabin. The pounding force was like a waterfall in reverse, and the flames sputtered and died.
She had never seen anything like it, an enormous water fountain extinguishing fire burning that hot. The cabin door, charred and still smoking, flew off its hinges and onto the flooded grass.
Three figures ran out into the early morning glare. Asha took off her helmet and slouchy hood, but her eyes weren’t playing tricks. She could see them clearly, even across the distance, and her stomach dropped. They stopped short, facing an army with guns raised. No.
“Fire!”
“Stop!” Her scream was too late; the soldiers fired. She didn’t have time to act; they were sitting ducks. She prepared for their thrashing bodies, but like a swarm of hovering locusts, the bullets stopped in mid-air and dropped.
What? She couldn’t get her mind around the scene unfolding before her. She’d lost control of her body. Her muscles wouldn’t move.
“Hold your fire,” Clay shouted, but the soldiers continued shooting.
His brothers were the only ones not attacking. They had to be as shocked by the falling bullets as she was. She couldn’t blame them. She was as still and as useless as a rock, unable to move or act, only watch in growing disbelief. Three young women stood against an army.
“Asha,” yelled one of the girls, her eyes were even brighter green than Clay’s. “We’re your sisters. We’ve been looking for you.”
Sisters? 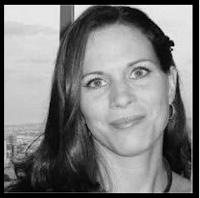 Courtney Shepard is a freelance writer living on Salt Spring Island, British Columbia. After initially studying for a career in journalism, she switched to fiction writing.

Unbalanced is the first book in the Unbalanced Series published by Champagne Books.