UFI welcomes Patrick Donovan Author of Demon Jack. Thanks for Joining us!!

For some reason, everyone (or most everyone) loves a good antihero. There's just something about the almost good guy, that dude that's willing to crack a few heads and break a few rules to get the job done, that captures folk's imaginations. We're talking about the Han Solos, the Constantines, and the Roland Deschains here folks.


But, alas, the question doth remain: What makes these guys (and gals) so damned awesome? Is it their swagger? Is it that sly little smile and the well placed snarky comment?

When I first got the idea for Demon Jack, I knew I didn't want the typical hero. The world that I had envisioned, which even I admit is pretty dark and gritty, needed something more than just your average do-gooder. The story itself just didn't have room, at least at the moment, for a Boy Scout kind of hero. It needed someone a little more raw, a little more willing to say to hell with the rules, and thus Jack Draughn was born. The world was flawed, it needed a flawed hero.

This brings me to the first thing that, in my opinion, makes the antihero what he is. He's a flawed case. There is some fundamental flaw, somewhere in their character, that takes away from their value as a full-fledged hero. For Jack, it was addiction and all the fear, selfishness, and other things that came with it. When he died, before the novel started, he sold his soul to a demon because he was scared of what came after. When he has a choice to save himself or the two people with him, he very seriously questions leaving them behind to save his own skin. It's because of these flaws, that the antihero doesn't ever really get to be the shining beacon of hope or get the girl. Unless your Han Solo, Han always gets the girl.

The second thing that makes these lovable bastards so wonderful, is exactly the opposite of what defines your stereotype good guy. Law and order, adherence to the social norms, the antihero scoffs at such notions. This disregard for the law of the land, is more often than not, what puts the hero into the title of antihero. See, sometimes, to be the hero, you have to go outside of the rules to make things happen. Why else would Han shoot first, right?

With Jack, it goes a little past a firm defiance to the law. Now, don't get me wrong, he's no fan of the local constabulary, but more than that he doesn't have the same set of morals that most folks tend to have. He doesn't have a problem with say, killing someone instead of saving them. The thing is though, and I think this is important, is it's not killing for killing's sake. It's not just wanton violence for the sake of spattering the pages with a little bit of character guts. I won't say it's entirely justified, but it's not entirely outside of the scope of what the character would do. It's a survival matter, a them or me mentality. It plays back onto something that I think is at the heart of all good antihero types, which brings me to my next, final, and probably most important point.

Antiheroes, in their own way, are inherently selfish. Now, bare with me for a second. That selfishness plays its way out into the greater good in some way, shape, or form. Han came back and saved the day sure, but the question is why? For Leia? Because the Empire had just pissed him off? Does it matter? It served Han's purposes and thus, Han became heroic in his own right. With Jack, well, he got forced into it. So to get out from underneath it, he's going to lay down as much hell and havoc as he can until he go back to living his boring life without monsters trying to eat his face.
__________________________________ 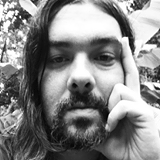 Patrick Donovan writes urban fantasy for no other reason than to entertain. His first novel, Demon Jack, makes its home at Fable Press.

He started telling stories at a young age, drawing his stories on paper bags with crayons. He believes characters are what breathe life into a story as the reader watches them fight for survival, make choices (for better or worse) or just fall in love. It's the characters that tell the tale, he just takes dictation.


Like many authors, he lives off of coffee and would consume it via IV if that was a viable option. When he's not writing, he can be found reading, gaming and playing dad. 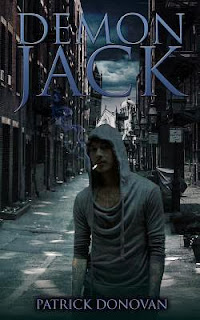 Stay dead and go to Hell,
Or sell your soul to a demon and keep breathing.

Fifteen years ago, Jack died and chose the latter. Now, a few years out of prison and living on the streets of Boston, Jack is perfectly content to keep a low profile and avoid his turbulent past.

Being a faceless “nobody” suits Jack just fine.

It’s working out until the only person he considers a friend turns on him, possessed by something far worse than the demon holding the contract to Jack's soul. Now, he's been recruited (some might say blackmailed) by an ancient order with roots in the Inquisition to hunt down whatever malevolent force is responsible for turning Boston's homeless into ravenous killers. At the same time, someone from his past with a massive vendetta and nothing in the way of conscience, is looking for Jack, hoping to issue a little payback of his own.

Paired with a centuries old witch and the only person to survive the rampage thus far, Jack is in a race to track down whatever’s responsible for killing his people, all while staying one step ahead of the skeletons in his closet. 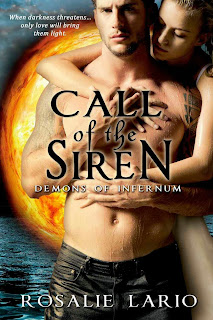 When darkness threatens...only love will bring them light.

The half-siren half-demon bounty hunter Dagan Meyers swore he'd never settle down. His older brothers might’ve adjusted well to family life but tying himself to one woman is so not Dagan’s bag. Until he meets the gorgeous angel Lina, his brother Ronin’s long-lost adopted sister, and he can’t think of being with anybody but her. Too bad Ronin’s well aware of Dagan’s party-boy lifestyle and won’t let him anywhere near his angelic baby sister.

Lina is still getting over the abandonment issues that began when she was orphaned as a child and has devoted her life to taking down evil Otherworlders. The last thing she wants is to develop feelings for man she knows will eventually leave her, too. But as the battle against a growing darkness continues—a powerful fae who’s harnessed untold power—Dagan and Lina find that love may be their greatest weapon against the very thing that threatens to destroy them all.

Rosalie Lario is the award-winning, paranormal romance author of the Demons of Infernum and the Fallen Warriors series. Rosalie double majored in Anthropology and Classics as an undergraduate student, and briefly considered becoming an archaeologist before realizing they don't actually live the life of Indiana Jones. So what was a classical geek armed with a lot of useless knowledge to do? Become a lawyer, of course!

After attending law school in Florida, she practiced real estate law for several years before finally admitting to herself that negotiating contracts wasn't nearly as fun as dreaming up stories. She never imagined all the mythology she'd learned throughout her undergraduate education might actually come in handy, but it makes perfect fodder for the paranormal romance stories she now dreams up.

When not writing, she enjoys spending time with her husband and two young children in their home state of Florida. 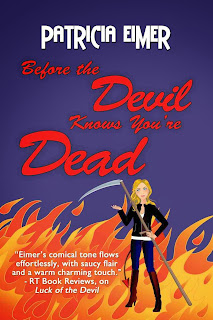 Before the Devil Knows You're Dead
Speak of the Devil #3
March 25th, 2014 by Entangled Select
Amazon  /  Barnes and Noble

Not Even Death Keeps a Good Demoness Down

There’s never an end to the crazy when you’re demon spawn. Not that Faith Bettincourt’s complaining. She’s been patching things up with her angelic on-again off-again boyfriend, Matt, and her best-friend-turned-sister-in-law is soon giving birth to the Anti-Christ Part Deux. Oh, and Faith is saving kids from Death in her pediatric unit one soul at a time. Life is good.

Until Faith accidentally runs over the Angel of Death and is forced to take his place. Now she’s taking lives instead of saving them. Which is kind of a problem when you’re a nurse. As if that weren’t bad enough, she is suddenly thrust into the worst scenario of them all--Matt’s ex Brenda is back, and she’s brought the Apocalypse with her.

Faith’s not about to give up the world...or her man. But when the chips are down, what’s a demoness supposed to do? Besides take matters into her own hands, of course.

Patricia Eimer is a small-town girl who was blessed with a large tree in the backyard made for reading in on summer days. Mixed with too much imagination, it made her a bratty child but fated her to become a storyteller. She currently lives in Pittsburgh with her two wonderful kids and a husband that learned the gourmet art of frozen pizzas to give her more time to write. When she’s not writing she can be found fencing and arguing about with her dogs about who’s in charge.