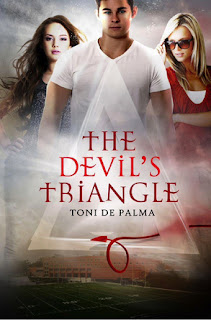 When 17 year old Cooper dies in an attempt to burn down his school, he finds himself in the afterlife. Lucy, the Devil's sister who has crossed party lines, decides to give Cooper another shot at heaven. The deal? Cooper returns to Earth and has to find a girl named Grace. The rest is up to him.

While Cooper figures out his mission, he's thrown into the life he's always wanted. Great parents, a spot on the Varsity football team and a real future are all within reach. But what he really wants is Grace, a feisty girl with an abusive boyfriend who can pound Cooper into pulp if he doesn't watch out.

While Lucy plays demonic-puppeteer, clues to an unknown past between Cooper and Grace start to unravel. Cooper discovers that what's keeping him and Grace apart is far more sinister than anything this bad boy could have ever imagined.


Cooper is sitting around in heaven during his judgment when Lucy the Devil's sister (who has switched sides) talks everyone in to giving Cooper another shot on Earth. Only he wont be going back as himself and he needs to save a girl named Grace.

Cooper was super hot girl obsessed at the beginning and that kinda annoyed me. After he meets Grace and puts his efforts into figuring out what is going on with her and the attraction he has for her he becomes more tolerable. Grace really isn't the kind of girl Cooper would normally go after, she is more punk girl but he found himself drawn to her anyways. There are a lot of hints about why they are drawn together but you don't find out the big mystery until 1/3 of the way into the book and I certainly did not see that reveal coming. Cooper ends up being a pretty neat dude and Grace slowly opens up to past events to make the story come together.

THE DEVIL'S TRIANGLE had a pretty unique concept. There was a slow start to the book and I had a bit of a hard time connecting to the story at certain points. The characters were all pretty neat and nicely written. Some things happened that I didn't really understand that hopefully will be explained better in book 2. THE DEVIL'S TRIANGLE left off on a slight cliffhanger. You finally know everything about what is going on and hit a peak in the story for it to end.  De Palma did a pretty good job with a male POV. I'm not sure that I would go out of my way to pick up book 2 but I liked it enough to read it if the opportunity presents itself.