UFI welcomes Author Marjorie M. Liu. Thanks for Joining us!!

I seem outgoing because of the interviews I do and the conventions I attend, but the truth is that I’m really, really, shy. It takes an effort to put myself out there. I’d rather hide with my books and computer.

While it’s important for me to have a writing routine, I’ve learned the hard way that it’s easy to make that routine my entire life. Like I said at the beginning, my first instinct is always to hide out. So I deliberately step away from the computer, and my downtime is all about reaching out, engaging – hanging with my friends, cooking, taking dancing lessons, reading, teaching, going for day trips with my guy and just exploring.

The pleasures of writing are many, but they come in waves. For example, I love that first blush of inspiration, when I’m hot on an idea and just can’t wait to transform it into something bigger. Or when I’ve been stuck in one particular section and have a major breakthrough – that’s a great feeling. So is being caught up in the moment with my characters when I’m deep in their conversation, heartbreak, triumph. It’s like living another life.

I get up and start working. If I’m traveling, like now, I roll out of bed, take a shower, then walk a few blocks to the local Starbucks and write there until lunch. I take a break, do some wandering, and then try to get an hour or two in before or after dinner.

Too many to count! Lynn Viehl has a new release that I’m excited about: The Clockwork Wolf. I love all her books, though. Eve Silver is another amazing writer of both YA and Paranormals, and I’m totally addicted to Patricia Briggs and her Alpha and Omega series.

How would you pitch The Hunter Kiss Series to someone who has not heard of it before?

For ten thousand years a single bloodline of women has passed down, from mother to daughter, an amazing gift and curse: their bodies are covered in living tattoos – demons that make them immortal by day, and that peel off their bodies at night to become their own personal army. Now in this modern day, the last of these women – Maxine Kiss -- slowly begins to learn the truth of what she is, and what those demons are. All of which conflicts with everything she’s ever believed about herself, her mother, and her place in the world.

Can you tell us a little bit about the world that Hunter Kiss Series is set in?

The Hunter Kiss series is set in our world, but it’s the history of humanity and who we come from as a species that becomes part of the series mythology. Humans did not originate on this planet, just as the demons in the series aren’t really demons in the classical sense – they’re creatures from other worlds, worlds that are connected through quantum roads that crisscross both time and space. Maxine and her bloodline were part of an experiment, and the beings that created her – and humanity – are coming back. In other words, the series is about gods and monsters -- but with a twist.

Has the series come along as you thought it would have?

Not exactly. I had a vision for what I wanted the books to be, but that morphed into something richer and more complex than I originally imagined. “More complex” doesn’t mean “easy to write”, however. Piecing together what I understand this world to be, and who Maxine and the boys are becoming, has been a balancing act.

Do you have a favorite scene in Labyrinth Of Stars?

Several, but one that sticks out is when Maxine visits the camp of some demons that had been starved nearly to death – and she sees a child giving its elder some food. It’s a small moment, but important because of her deep conflict about allowing these demons to live. They’re incredibly dangerous to humans – she should exterminate them, simply to eradicate the threat they pose – but she can’t bring herself to do it because she knows that the demons aren’t so different from the humans they wish to hunt: they love, they protect their families, they have a culture and code of honor. She was raised to believe that killing demons was the right thing to do, but now she knows it’s not that simple -- and she doesn’t want to be a murderer.

Maxine and the boys have always been my favorite characters to write. There are so many layers of heartbreak, history, and longing in them – for innocence lost, for people lost, for all the things they wish they could be, but can’t. Grant, on the other hand, has become harder to write as the series has continued. He’s turning into a bit of an enigma to me – I’m still trying to understand what he’s becoming. 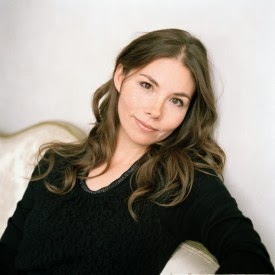 I was born in Philadelphia, spent my formative years in Seattle, and then attended Lawrence University in Appleton, Wisconsin for my undergraduate studies, majoring in East Asian Languages and Cultures, with a minor in Biomedical Ethics. I went to law school at the University of Wisconsin. For more than 16 years I studied and traveled throughout Asia, working briefly at the US Embassy in Beijing, China — and in 2004 I gave up practicing law to become a full-time writer. I divide my time between the American Midwest, Boston, and Beijing, China. 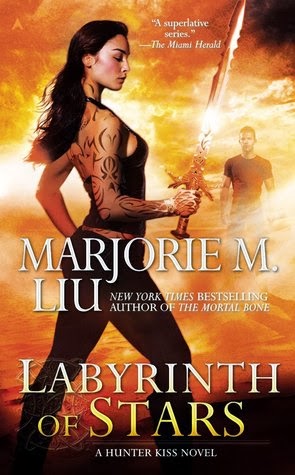 
Tattoos with hearts, minds, and dreams. Created to be the armor that protects my body, these obsidian shadows come alive at night—demons made flesh.

After the Aetar nearly kill Maxine’s unborn child, and a betrayal within her own ranks leaves Maxine’s husband, Grant, poisoned and dying, Maxine is forced to attack a race of beings that possesses almost unlimited power. Doing so will require she make a deal with the devil—the devil that lives inside her—risking both her sanity and her soul as she slowly transforms into something more than human.

But even that might not be enough to save Grant, because the very thing that Maxine is becoming is destined to destroy the world.