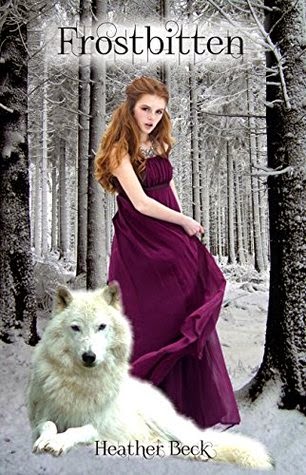 Seventeen-year-old Anastasia Lockhart has never led an easy life, but when she starts getting into serious trouble, she’s sent to live with her grandparents in Cedar Falls. The small, picturesque town hasn’t changed since she visited four years ago, with one exception – the presence of a handsome, mysterious boy named Frost. Despite warnings from her grandparents and friends to stay away from Frost, Anastasia can’t deny their attraction, and the more time they spend together, the deeper in love they fall. Unfortunately, Frost has a secret that is beyond Anastasia’s wildest imagination, and she soon finds herself in the midst of a supernatural legend that has haunted Cedar Falls for years.

Can Anastasia and Frost’s love really overcome anything, or are their fates much darker?

Heather Beck is a Canadian Author and Screenwriter who began writing professionally at the age of sixteen. Since then she has written eleven well-reviewed books, including the best-selling series, The Horror Diaries, which has sold in six continents.

Heather received an Honors Bachelor of Arts degree from university where she specialized in English and studied an array of disciplines. Currently, she is working on the Frostbitten series and has a middle grade anthology slated for publication. As a screenwriter, Heather has multiple television shows and movies in development. Her short films include: Young Eyes, The Rarity, Too Sensible For Love, Circular, and the forthcoming Witch’s Brew.

Besides writing, Heather’s greatest passion is the outdoors. She is an award-winning fisherwoman and a regular hiker. Her hobbies include swimming, playing badminton and volunteering with non-profit organizations.