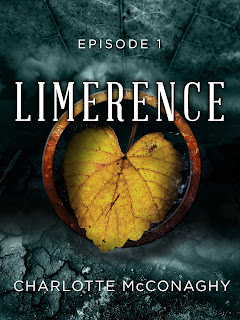 
No injection can cure love. Only life can do that.

Deep in the darkest tunnels hide the last of the resistance fighters. Hunted by the savage Furies and the ruthless Bloods, they live in constant peril. The only means of survival is to seek strength in family and find courage in love. So what happens when love is cured, scoured away, leaving death in its place?

In the final battle for freedom, there are no lines that won't be crossed. And for Josi this means becoming the creature she fears most of all: the girl with a blood moon heart.

The gripping conclusion to the dystopian trilogy The Cure, Limerence is a love story for the monsters within.

Blurb for Fury, the first book in the series: 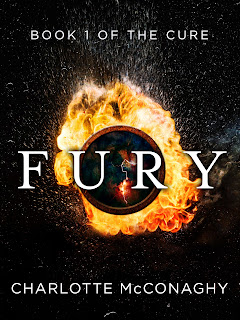 Perfect for fans of Divergent, this series is about a civilization where negative emotions have been erased, creating a world of mindless drones where only those with fury can survive.

Eighteen-year-old Josephine Luquet wakes up naked and covered in blood on the same day every year—when the blood moon is full. Josi has not responded to the Cure—an immunization against anger mandated by the government—and believes herself to be a threat to others.

Then she meets Luke. Luke has had the Cure but seems different from the other "drones"—and he's dead set on helping Josi discover the truth about herself before the next blood moon.

But time is running out. Is Luke willing to risk his life to be near her? Does he truly understand what violence she is capable of?

Charlotte has been writing from a young age, and has written several novels in both the science-fiction and fantasy genres, published internationally by Random House and Pan Macmillan. These include Fury, Book One of The Cure series and Avery, Book One of The Chronicles of Kaya.

She studied a Masters of Screenwriting at the Australian Film, Television and Radio School, and is the author of the Australian Writer's Guild award-winning screenplay Fury – adapted from her novel of the same name. She now lives in London, writing novels and working on both film and television projects, as well as the upcoming graphic novel Skin.