UFI welcomes Author Sophie Masson. Thanks for Joining us!!

Moscow is the vibrant, diverse and exciting backdrop to Trinity: The False Prince. Everyone knows about Red Square and the Kremlin and St Basil's; but in this post I want to briefly introduce readers to some of the more unusual settings for some of the book's most important scenes.

(In contrast to the beauty of the rocket sculpture as well as the cramped vulnerability of Gagarin's capsule, there is a gigantic metal statue of the legendary astronaut elsewhere in Moscow, on Leninsky Prospekt, a gargantuan thing which looks like something out of Game of Thrones or Lord of the Rings). 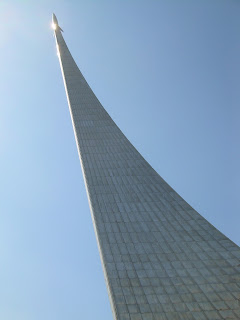 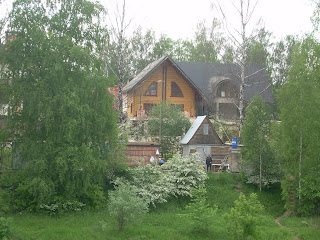 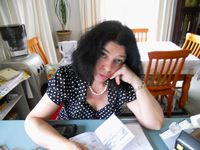 Born in Indonesia of French parents, Sophie Masson was sent to live with her paternal grandmother in Toulouse, France, when she was just a baby and lived there till she was nearly five, when her parents came back from Indonesia and took her to Australia. All the rest of her childhood, the family stayed in Australia, with frequent trips back to France, and this dual heritage underpins a good deal of Sophie's work.

Sophie's first book appeared in 1990 and since then she has published more than sixty novels, for children, young adults and adults. Her books have been published in Australia, the USA, UK, France, Germany, Italy, and many other countries. She has also had many short stories and articles published in newspapers, magazines, and online journals.

Sophie holds a BA and M.Litt in French and English literature, and is on the Board of the Australian Society of Authors, the New England Writers' Centre, and the committee of the New England and North West sub-branch of the Children's Book Council of NSW. 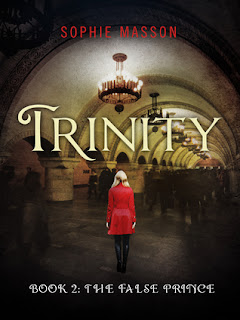 
Truth is the first casualty of war.

Over a year has passed since the events that changed Helen's life forever. With Maxim and her other friends, she is fighting to uphold the legacy entrusted to her, but struggles with the weight of memory, the stress of trying to keep Trinity afloat, and the continuing manipulations of the company's enemies.

Meanwhile, in a remote coastal settlement in southern Mexico, a young fisherman is made an offer he can't refuse. This triggers a chain of events which will completely transform the struggle for Helen's ownership of Trinity and the secrets of the Koldun code.