UFI welcomes Author Cathy Clamp. Thanks for Joining us!!

What can you tell my readers about yourself that they might not know from looking your bio or reading in another interview?

I love reading about archaeology. I thought about going to school for it, but went into law instead. I read several different archaeology journals every month and a number of plot twists in my books have come from “what if” extensions of  actual discoveries in the journals.

Lots of things! Readings is, of course, first on the list. But I also like fishing, and hiking, and playing with my dogs. I also enjoy playing games at GSN.com and games like Hay Day, Fruit Ninja (I especially like the Puss N Boots variant) and Angry Birds.

Creating characters. They don’t come to me fully formed like some authors. I craft them from hand, one at a time. Their background, their likes and dislikes, their whole personality is molded from scratch with every book.

In a way. I have to work out the whole plot in my head before I sit down to write. It makes for a slow creation process, but a very quick write. I also write fully formed. No edits. When I type “The End” it’s ready to go to the publisher.

Wow! So many of them! I like Jim Butcher and Laurell K. Hamilton, Yasmine Galenorn, Jaye Wells, Rachel Caine, P.N. Elrod, Sherrilyn Kenyon, Jeaniene Frost, Kelley Armstrong, Kim Harrison, Lori Handeland, and on and on!

How would you pitch FORBIDDEN to someone who has not heard of it before?

Two wolf shapeshifters must join forces to find a group of kidnapped children, fighting against their mutual attraction and the forces trying to keep them from finding out the truth.

Can you tell us a little bit about the world that FORBIDDEN is set in?

In the forest of northeastern Washington of our current world, there’s a small town where a group of shapeshifters known as the Sazi live. Everyone in town is a shapeshifter of various animal species. Wolves live beside cougars and owls and eagles. It started as a refugee camp after a horrible attack by the snake shifters a decade ago, all of which occurred in the Tales of the Sazi  series. Alek Siska was an orphan brought to the camp as a child. He’s grown up in town and is ready to move forward with his life to become a cop. Claire Evans moves to town. Everyone thinks it’s to become a teacher, but she’s really an undercover agent of Wolven, the law enforcement branch of the Sazi. She’s in town to investigate missing children that nobody admits have been kidnapped. It’s especially important she help the children because she was once a kidnap victim herself, taken by the snakes and forcibly turned into a wolf. Alek seems to be the only person who believes there are missing children, but can he be trusted?

Do you have a favorite scene in FORBIDDEN?

I do! I really enjoyed the action scene where Claire and Alek have to chase down a rogue cougar. But she’s Alek’s foster sister and he can’t bear to hurt her. He wants to save her even as she attacks them and then tries to kill herself.

Probably my favorite character is Tony Giodone, the anti-hero who started the Sazi world.  The hardest one to write was Ahmad al-Narmer. I’d built him up to be such a jerk in six books that to make him the hero of his own book was hard. I really had to dig into his psyche to figure out who he was down deep.

Well, I just finished with Book 2 of this series, called ILLICIT. The heroine of that book is a secondary character in FORBIDDEN, named Rachel Washington, and the hero is a Wolven agent going down a wrong path, named Dalvin Adway.

I’m also working on a story for a fun new collection of blue collar heroes and heroines, called “Hunks, Hammers and Happily Ever Afters.” It’s scheduled to be released in November.

I’ve won a bunch of awards for my books over the years. My favorite was the Career Achievement Award for Paranormal Romance in May, 2008 from RT Bookreviews Magazine. I also shared the win for several co-authored books with C.T. Adams of the Book Buyer’s Best Award, the RT Bookreviews Reviewer’s Choice Award, the Reviewers International Award of Excellence, the Texas Gold Romance Award, the Write Touch Readers Award, and several others. It’s gratifying and humbling to win awards  for books that you put your heart into, and I hope you enjoy them as much as other readers have!

I’ve also written several stand-alone novels, not in series, including my very first novel, The Road To Riches, an historical fiction about a railroad race in Colorado’s Silver Boom period, and Magic’s Design, the first urban fantasy published as Cat Adams.

I also write short stories, which is a whole different kind of writing.. I like writing in a lot of different genres, and it’s in short stories where I let my wings spread. I have published short stories in horror, science fiction, mystery, literary, Young Adult, romance, thriller, fantasy and western. 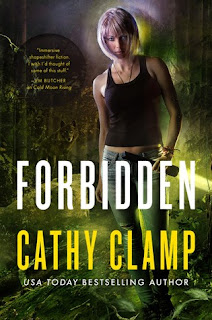 Ten years have passed since the war that destroyed the Sazi Council and inflicted a horrible "cure" on thousands of Sazi, robbing them of their ability to shapeshift.

Luna Lake, isolated in Washington State, started as a refugee camp for Sazi orphans. Now it's a small town and those refugees are young adults, chafing at the limits set by their still-fearful guardians.

There's reason to fear: Sazi children are being kidnapped. Claire, a red wolf shifter, is sent to investigate. Held prisoner by the Snakes during childhood, Claire is distrusted by those who call Luna Lake home.

Before the war, Alek was part of a wolf pack in Chicago. In Luna Lake he was adopted by a parliament of Owls, defying Sazi tradition. The kidnappings are a painful reminder that his little sister disappeared a decade ago.

When Claire and Alek meet, sparks fly—but the desperate race to find the missing children forces them to set aside their mutual attraction and focus on the future of their people.