UFI welcomes T. Michelle Nelson Author of The Lily Drake Series. Thanks for Joining us!!

What is the Fascination with Vampires?

Last year I spoke at a conference about the fascination so many of us have with vampires and the evolution of the vampire in literature.  Vampires are incredibly easy to glamorize and romanticize.

Of course, there's that sense of danger.  No woman wants to be bored, and vampires don't have mortal vulnerabilities.  However, in my opinion, the vampire is the paranormal creature of choice for one reason alone.  Eternal youth.

As I get older, this concept becomes more and more attractive.  I went out last week to one of my favorite restaurants, which is owned by a friend, and my waiter appeared to be around 17.  I asked the owner how old my server was, and to my dismay he was actually a year older than the fake age I use.  I apparently have forgotten completely what 22 actually looks like.

Throwing vanity to the side, there's really much more to this concept.  With eternal youth, comes healthy immortality.  I had no reason to even consider this until last summer.  I had a health scare, not to mention was diagnosed with high blood pressure, which is now completely gone.  Stress does crazy things to an aging body!

What I would give to be eternally 25 years old, healthy and have that twenty-something metabolism.  Yet another huge reason I'd love to be vampire - I could eat without the guilt.  I love food.  Tasty food.  You know, with fat, carbs and calories.  Unfortunately I rarely enjoy that type of food because my almost forty year old body renders fat faster than a sauté pan full of bacon on high heat. 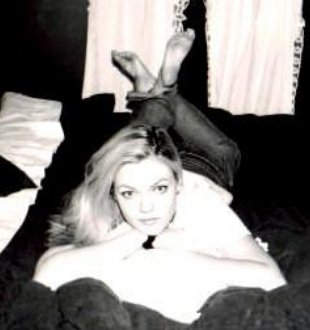 T. Michelle Nelson became enamored with vampires at an early age when she watched George Hamilton in “Love at First Bite.” As she got older, her tastes leaned more toward the dark and morose, but her love of all things vampire never wavered.  Little has changed over the years, except now T.  makes up her own macabre stories of the undead… mixed with a splash of romance, tough heroines and tons of dark humor.

T. Michelle Nelson is a native of Benton, Kentucky and a graduate of Murray State University.  Currently she resides in a small town in Ohio, which is also the setting of her Lily Drake series.  The first two books in the series, Life and Death of Lily Drake and 'Til Death Do Us Part, are currently available at Barnes and Noble, Amazon or any of your other favorite online bookstores. A short story prequel The First Time is also available. Death Warmed Over, the third and final book of the series will release in late June.

When she isn’t writing, you can usually find her spending time with her son, singing out of key, watching B-Horror movies or discussing world problems with her little dog, Toadie 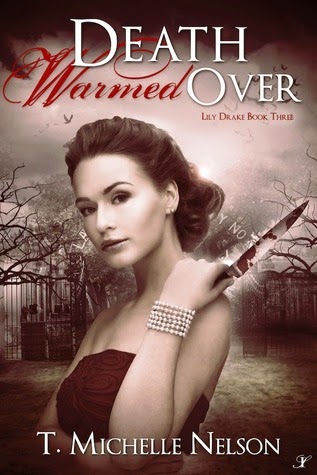 In the conclusion of the Lily Drake series, Lily must choose not only what is best for herself and her son, but for her people. Her sword will be stained with blood through her efforts to preserve the lives of the people she loves, but she won’t be able to save them all.

When a devastating loss crushes her will to live, can Lily go on and be the leader she has to be? What is she willing to sacrifice to save others?

What doesn't kill you will make you wish it did..