The Winner chosen by Rafflecopter is.....
a Rafflecopter giveaway
Congrats!! I have emailed winner who has 48 hours to respond with mailing address or I will pick another.
Posted by StacyUFI at 7:01 PM No comments:

The Winner chosen by Rafflecopter is.....
a Rafflecopter giveaway
Congrats!! I have emailed winner who has 48 hours to respond with mailing address or I will pick another.
Posted by StacyUFI at 6:52 PM No comments: 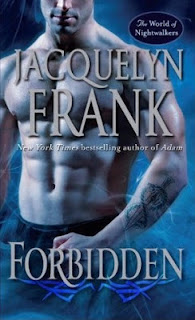 The unexpected happens in an instant. On her way to work, secretary Docia Waverley hurtles into a crashing crossroads, and she quickly begins to suspect that things will never be the same. Then, when a tall, blond, muscular stranger intervenes on her behalf, telling her it is his duty to protect her at all cost, what is just a feeling turns to proof positive. That is, as long as Docia’s savior doesn’t turn out to be a crazed kidnapper.

When Ram finds Docia, he has no doubt that she is his queen. But as this golden warrior sweeps in to protect her, he feels something more than body heat every time they touch. He is overwhelmed by a searing connection that goes deep into the twin souls inside him. A desire rises in him that is forbidden—this woman is his queen, the mate of his king, his leader, his best friend. And yet Docia is so vulnerable and attractive that she awakens a hunger in Ram that is undeniable, a carnal craving he cannot yield to . . . not without risking the very survival of the Bodywalkers.


Docia is on her way to work when she is shoved off a bridge while dodging a van set on running her over and dies. Only she doesn't. On the brink of death she was given the option to stay alive by hosting someone Else's soul and becoming a Bodywalker. She was warned that she would never be the same but she chose to live anyways. Ram is sent to protect his queen. He has no doubt that Docia is the queen and is right there to protect her at every step. Only problem is that his desire for her is more potent than anything he has ever felt and his queen belongs to another.

FORBIDDEN started off a bit on the slow side but picks up midway through as Docia and Ram are running for safety. Docia is thrust into a world she doesn't understand and wants nothing more then to know what is going on. There was a lot of world building in FORBIDDEN but it wasn't to overwhelming and it was paced out nicely to cover the whole book. Docia and Ram fight their desire for each other with all they have until they just cant take it anymore. You could feel there connection from the get go and I loved the little twist that brought them fully together.

There were some great secondary characters with a few different side stories going on. Jackson Docia's brother is a police officer and has been protective of Docia since they were little and lost their parents. He knows she is in danger but doesnt know how to help her. I really liked his character and I'm positive that after the ending of FORBIDDEN book 2 will be focused on him and his already introduced love interest.

I'm excited to continue reading more on The World of Nightwalkers and learn more about all the great mythology and paranormal elements Frank has to share.