The Winner chosen by Rafflecopter is.....
a Rafflecopter giveaway
Congrats!! I have emailed winner who has 48 hours to respond with mailing address or I will pick another.
Posted by StacyUFI at 8:01 PM No comments: 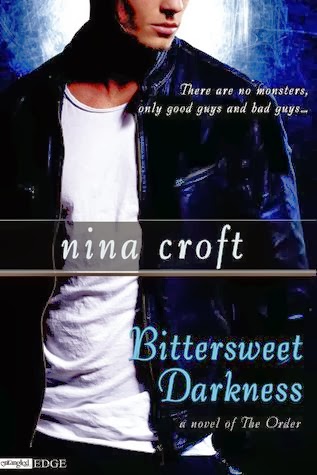 
At this point I don't think there could be anything written by Nina Croft that I would not like. She just has a way with stories and I am so glad I found her books.

Faith is a bit different from the other female leads in this series. She is 100% human and believes nothing of the supernatural world. Little does she know that she is more connected with the world than she ever knew and her life is about to change forever. I honestly had my doubts about Asmodai and his ability to fall in love with another woman and treat her right. WOW did he show me. He is seriously night and day from the Ash we met in the beginning of the series. I am so excited that I got to witness his transformation.

The attraction between the two is pretty instant. Ash is pretty aggressive in his advances on Faith and Faith is pretty hesitant to get involved with him for many reasons, the biggest being that she is dying. Poor Faith really doesn't know what she is getting involved in for most of the book and I did enjoy her reactions as things were revealed.

As you know by now, the stories of each book are linked to the others. I really love how involved the other characters are involved in each installment. The relationships between characters continue to grow as the series evolves and the team is really coming together nicely. You CAN read the books as standalone books but I would not recommend it.

There were a lot of great moment in BITTERSWEET DARKNESS, lots of action and suspense as well emotions. The pace is just as brisk as the first two books and I have no doubt books to come will be the same. I have a few guesses on who will be one part of the next love interest but I honestly don't know if I am right and I cant wait until its revealed.