UFI welcomes Tracey Martin  Author of Wicked Misery. Thanks for Joining us!!


I started dabbling with writing in high school as a consolation prize to myself. I really wanted to be good at music like a lot of my friends, but I finally had to accept that I have no musical talent. So writing, it was!


Besides reading? That’s probably the obvious one. I also love hiking, and I have a weakness for fantasy TV shows like Lost Girl and Game of Thrones.


I’m probably weird this way, but I love editing. I love the feeling of taking something ugly and turning it into something shiny.


No routines, but I don’t write well in public. I need quiet. Coffee helps too.


So hard to choose! I’ll have to go with Jaye Wells and Ilona Andrews, and right now I’m finally getting around to catching up on Chloe Neill’s Chicagoland Vampires and I’m a bit addicted.


How would you pitch Wicked Misery to someone who has not heard of it before?


Framed for murder, a woman who’s been cursed to get a magical high off human suffering must find a way to use that shameful ability to uncover the real killer.


Can you tell us a little bit about the world that your series is set in?


I wanted to do something different than the sorts of creatures that are common in urban fantasy, like vampires and shapeshifters. So I based mine on the seven deadly sins, then narrowed it down to five “sins” for simplicity. Basically, humans are stuck sharing the world with creatures that prey on their weaknesses – greed, jealousy, lust, rage, and vanity. Then, of course, I needed to give humanity a way to fight back, so I had to give some humans the power to do that.


Do you have a favorite scene in Wicked Misery?


Probably any of the scenes between Jess and Lucen. There’s so much tension between them that it makes for fun dialogue.


Jess is definitely my favorite – it’s fun to be in her head. She has so much angst, but she covers it up with humor. Steph, her best friend, was probably the most difficult. She’s based on someone I knew who is transgender. I felt a certain responsibility about getting her right because there are so few transgender characters out there, yet I didn’t want it to be a big deal in the story because it’s not what defines her.


Well, I recently sent Wicked Misery’s sequel to my editor, so hopefully that next year! And for something totally different, I have a contemporary YA novel, Another Little Piece of My Heart, that’s filled with rock stars and dysfunctional families coming out in December.
__________________________________ 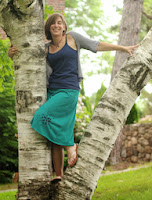 Tracey Martin grew up outside of Philadelphia, the lucky recipient of a drama-free childhood, which is why she spent so much time reading about other people’s lives. It was while she was working on her doctorate in psychology that she had an epiphany -- imaginary people are way more fun than real ones. And so she began writing. Never able to choose just one of anything, she currently writes both urban fantasy for adults and contemporary stories for teens.

She likes her coffee simple, her music epic, and her movies to contain explosions. A city girl at heart, she doesn’t understand how she and her husband ended up living in New Hampshire, but writing keeps her off the mean, small town streets. You can find her online at tracey-martin.com. 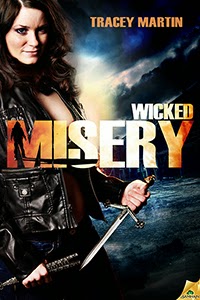 
It s all quasi-legal fun until somebody gets framed for murder.