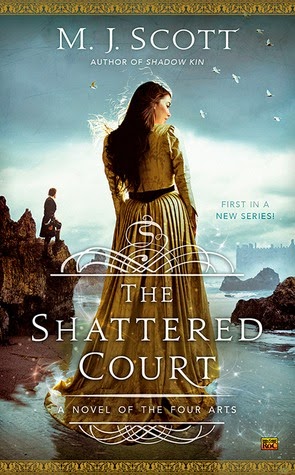 The Shattered Court
A Novel of the Four Arts #1

M.J. Scott is an unrepentant bookworm. Luckily, she grew up in a family that fed her a properly varied diet of books and these days is surrounded by people who are understanding of her story addiction. When not wrestling one of her own stories to the ground, she can generally be found reading someone else’s. Her other distractions include yarn, cat butlering, dark chocolate, and fabric