UFI welcomes Deanna Chase Author of Influential Magic. Thanks for Joining us!!


I’ve got a couple of character profiles for you today. Let’s start with our heroine, shall we? 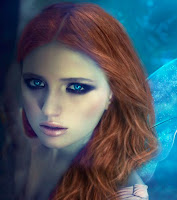 
Willow is an interesting gal. She specializes in magically altering the confections she sells in her bakery. Some are mostly harmless, like Mocha in Motion—a super amped energy drink that has zero side effects. And some are a bit more controversial, like Orange Influence. This orange-flavored chocolate treat leaves the administrator absolute control over the person they give it to. Dangerous right? Especially when those who are power-hungry want to get their hands on it.


Willow is a kind-hearted soul who wishes she’d never invested the dang concoction, but it’s too late now. Her choice is to produce it with tight government controls, or not produce it and risk letting someone else sell a more dangerous, life-threatening version. It’s a lose-lose situation, but she tries her best to keep it out of the hands of the vampires, who don’t have quite the same morals when it comes to human life as the fae do.


She also has a secret ability—she can sense vampires within a one mile radius. It’s why she works for the Void branch of the Arcane. Her bestie, Phoebe is a vampire hunter, and Willow, who isn’t a fighter, does her part by warning Phoebe when vamps are around. It’s her job to keep Phoebe and other agents from being ambushed. She’s pretty darn good at it too, when the vamps aren’t sucking her energy from her. That’s what happens when death touches an earth faery. Luckily, Willow has Link. 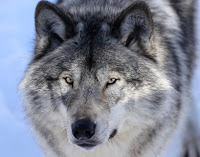 
Link is such a cutie and quite possibly was my favorite character to write about. Did you know shih tzu’s are descendant from wolves? We happen to have two. One is very clearly a wolf in shih tzu’s clothing. The other? Well, we’re pretty sure he was a stuffed toy in another life. Sweet as pie.


Link himself is a sweet boy with a vicious side. When Willow is upset or angry and her emotions get away from her, Link starts to vibrate and moments later he’s a full-fledge wolf, ready to take someone’s face off. He hasn’t quite figured out how to control himself yet, but he’s fierce and always up for a challenge as long as his energy holds out. Shifting really takes it out of him. As he gets older and stronger, he won’t have as much of an issue...which is a good thing, because it looks like trouble’s going to follow Willow for quite a while. 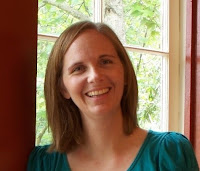 Deanna is a native Californian, transplanted to the slower paced lifestyle of southeastern Louisiana.

When she isn't writing, she is often goofing off with her husband in New Orleans, playing with her two shih tzu dogs, making glass beads, or out hocking her wares at various bead shows across the country.

For more information and updates on newest releases visit her website 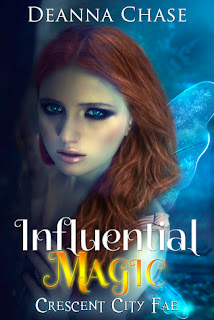 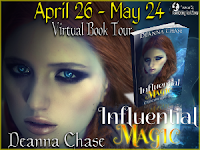