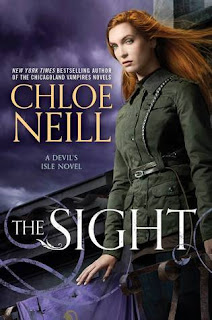 
The paranormal war that engulfed New Orleans seven years ago is over. But the battle for the city is just beginning . . .

Claire Connolly is a Sensitive, infected with magic when the Veil that divides humanity from the world beyond fell. Magic can easily consume and destroy a Sensitive, and if Claire’s secret is discovered she’ll be locked into the walled district of Devil’s Isle along with every other Paranormal left in the city.

Bounty hunter Liam Quinn discovered Claire’s secret, but refused to turn her in. Together they saved New Orleans from the resurgence of magic that nearly destroyed it. But now a dangerous cult is on the rise, and it will take both Claire and Liam—and magical allies within Devil’s Isle’s towering walls—to defeat the occult threat before magic corrupts them both... 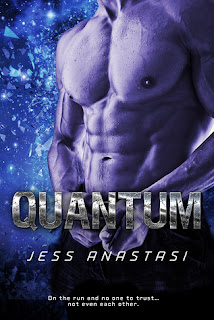 
Someone wants Captain Admiral Zander Graydon dead. Like yesterday. Zander’s convinced his attractive assistant knows more than she’s willing to say, and if he can stop running long enough, he’ll find out exactly what she’s hiding. Lieutenant Marshal Mae Petros is determined to keep her CO safe. Before she tips her hand, however, Mae has to figure out if the alluring man she’s protecting is the real Captain Admiral Graydon. Or an alien shape-shifting imposter.

On the run and no one to trust…not even each other.

Captain Admiral Zander Graydon has seen a lot of action, but almost getting killed three times in one day is pushing it. Only the company of his new assistant, Lieutenant Marshal Mae Petros, makes things a little easier to swallow. Except the delectable Lieutenant Marshal Petros is hiding a number of secrets, and her presence might have something to do with the continued attempts on his life.

It’s no accident Lieutenant Marshal Mae Petros finds herself in the firing line alongside the charming but very off-limits Captain Admiral Graydon. She’s taken the job as the admiral’s assistant to determine if a shape-shifting alien has killed the CO and assumed his form. Whether the admiral is human or not, Mae finds herself getting way too close to him as they run for their lives.

Military to the core, Mae and Zander will have to overcome their suspicions of each other to work together, when they realize the fate of the entire universe is at stake.


Rian has sent Mae on a mission to infiltrate Zander Graydon's crew to find out if he is an alien impersonating his very good friend. Things start going wrong on her mission immediately when it becomes clear that someone is trying to kill Zander. She can't help but want to help protect him and her feelings for him grow pretty quickly even though she can't trust that he is human like she thinks. Someone is trying to kill Zander and he can't tell if his sexy new assistant is one of them. As the danger and his feelings grow he can't help but feel like she is keeping things from him.

Although I felt the spark between Mae and Zander, their relationship didn't wow me. They kinda jumped into things with both feet in the sex department, but with all the secrets and suspicions they held for each other I just didn't totally fall in love with them as a couple.

I did like seeing Rian and Mirella from book one continue with their very slow dance around each other. That relationship is going to explode when Rian finally lets himself feel something. Book three, DIFFRACTION, has it's blurb up and it doesn't feature these two, so not sure when all this will happen.

Relationship aspects aside, I did really enjoy the storyline continuation in QUANTUM. A lot gets accomplished in the characters bid to eventual defeat the shape shifting aliens that are taking over their world. I will definitely keep my eyes open for book three and hope that I enjoy the relationship a bit more.