UFI welcomes Author Nikki Lee Taylor. Thanks for Joining us!!

When I was a little girl, the first thing I ever wanted to be was an archaeologist. The next thing was an author. I think in some ways, writing about paranormal and urban fantasy, in the format that I do with touches of factual history, actually lends itself to the two professional dreams I had as a young girl. For example, my book has many references to The Scythians who were also known throughout history as The Amazons, as well as historical accounts of the first human to ever allegedly come into contact with a vampire and the military-based investigation of that encounter. It’s not digging up dinosaurs, but I do enjoy the authenticity that comes from combining fact and fiction.

What do you enjoy doing in your down time?

I love spending time with my two golden retrievers Max and Sam. I also watch a lot of movies and television series and recently spent three days straight watching Stranger Things on Netflix. If you haven’t seen it, watch it!

What is your favourite part of writing?

Seeing what comes out on the page. That might sound strange, but I love starting out with a loose idea of where I want the story to go, and then seeing what actually comes out. I have never been great at public speaking and because I hate the sound of my own voice, I am always reluctant to speak out with any kind of strength or authority. So, when I read back what I’ve written and have been able to convey my thoughts and beliefs through a character’s dialogue with eloquence and conviction it gives me a deep sense of satisfaction.

This is not quick elevator pitch, but… I think the paranormal gives our imagination the opportunity to expand and open up, to see in our minds-eye the things we dream of but don’t necessarily believe in. I also knew I wanted my book to convey an important message, something I do believe in - which is ensuring the future of our planet and all the species of life it harbours.

So that’s how the theme and overall plot of The Descendants – Rise of the Reaper Army was created. Its genesis, so to speak.

By linking the Reaper Army to the rising rate of carbon dioxide in our planet’s atmosphere, and as a result making it a liveable environment for the demon army, my goal was to convey the inevitable global crisis we all face if we do not take drastic measures to protect our world.

Likewise, I wanted to include factual aspects like The Giaour, the first poem ever printed in the English language about a vampire and written by Lord Byron in 1813, and the battle between the Serbian and the Turkish armies as part of my main character Aurora’s back story.

I felt it was important to include factual elements so that you, as a reader, would really engage with the message that despite the story being fiction, how we got to this point is very, very real.

One of the other important elements of The Descendants – Rise of the Reaper Army, is Aurora’s connection to the Earth. By connecting her own energy to the elements of earth, wind, fire and water she can feel the energy of all living things and communicate with them.

While we as humans do not have the ability to communicate with our world the way Aurora does, we do have the chance to appreciate, empathise with, and value all life - regardless of species.

Overall, this is a love story but not in the way you might think. Yes, our main characters Aurora and Gabriel are put through their paces of coming together and being pulled apart over and over again, but it’s about so much more than that. It’s also about loving yourself, your world and every life in it. It’s about the power that comes with having purpose in your heart and fighting for something greater than yourself.

It’s about the power of love in all its forms, and how it can save from us ourselves – if only we realise in time.

Do you have any routines you must follow as you write?

The house has to be tidy, in particular the bed has to be made. I know that sounds weird, but it’s actually very simple. If the immediate space around me is disorganised, I find that I cannot organise my thoughts into a strategic narrative process. Also, because I am not a full-time writer, I choose to write when the mood strikes me instead of sitting down from say 10am to 4pm and writing to a schedule.  With writing I always have the question in my head, ‘if I had wrote this chapter yesterday instead of today, would it have come out completely different?’ For that reason, I try to write when I feel most connected to the work and am either the most inspired or most emotional – whichever works best for the scene I’m up to.
__________________________________ 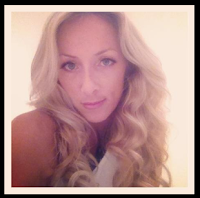 Nikki Lee Taylor is the author of The Descendants, a five-book paranormal romance series. She wrote her first book in crayon at the age of four and later became a news journalist. Rise of the Reaper Army is her debut novel.
She lives in NSW, Australia. 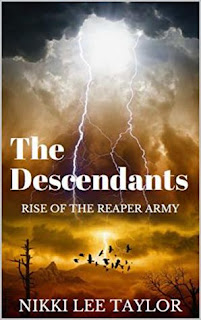 Rise of the Reaper Army
The Descendants #1
Amazon


When the apex predators of the forest begin acting strange, former Army Captain Gabriel Stone knows something is wrong. Change is all around. He can sense it in the earth and feel it in on the wind. Something is coming...

After being attacked by vampire, Gabriel thinks his 'life' is over. Alone, confused and with no choice other than to hide out, alone in an old forest cabin, Gabriel has sworn to find and kill the creature that changed him. But when the hunt leads him to an old farmhouse and he encounters the fiery, beautiful and headstrong Aurora, Gabriel's world is turned upside down as he quickly realises not everything is as it seems.

Aurora is a Descendant, the daughter of a vampire father and Amazon warrior mother. She is strong, beautiful and has a special connection to the earth and its creatures. After spending a lifetime hunting the monsters that killed her parents, Aurora has all but given up - until she meets Gabriel, who is tortured, angry and out for revenge. But despite his flaws, Aurora knows he is the key to everything she has been searching for - if only they don't kill each other first.

​With a story that highlights the beauty and importance of preserving of our natural world, The Descendants - Rise of the Reaper Army tells the age old story of good versus evil, while highlighting the frightening impacts our modern society is having on the planet, as Gabriel and Aurora fight to save our world from becoming Hell on Earth.