UFI welcomes Jennifer Turner Author of  Redemption. Thanks for Joining us!!

I was in this funk about my writing. One series after another had left me salivating for something a bit unexpected and unique. I’m a huge fan of horror and romance. I love paranormal romance and urban fantasy as they contain elements of both. I’m also an avid fan of apocalyptic films and indulge in zombie-watching in my spare time. During an episode of Walking Dead, it occurred to me that I have never, ever written a book about the end of the world.

What the heck was I doing?

Suddenly the fog lifted, the sun shone, and angels sang. I was going to write a post-apocalyptic novel with a ton of action and a touch of romance. OMG! I could not wait to get to my keyboard in the morning.

Savannah became my half-angel heroine, Nico my half-demon hero, and a score of mutants rounded out the party. Around them an entire world sprung up: Iron Point city, the last remaining haven for human beings, the Fringes where those who were too poor or too deformed to live within the walls of the city are forced to live, and the mutated jungle where Revenants nest called the Wasteland.

So I had this really awesome place to begin and the adventure that unfolded held enough love and violence to keep riveted daily. My hope is that readers will find it just as entertaining! Thanks so much for being a part of my blog tour. 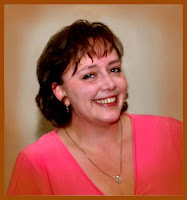 J.R. Turner is the Executive Director of the Wisconsin Writers Association. She writes in a variety of genres including middle-grade adventures, young adult horror, romantic suspense, horror, military action, and urban fantasy. In her spare time she enjoys arts and crafts, traveling, and movies. Few things in life compare to her passion for the written word, except perhaps the pursuit of chocolate.
__________________________________ 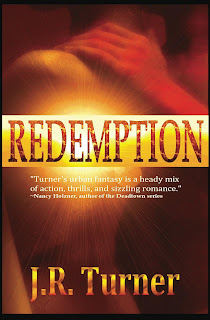 
Half-angel Savannah Mantas smells the sulfuric stench of wrath when it enters her city, Iron Point. Resurrected by the archangel Michael, she's hunting for redemption and half-demon Nico Montenegro is her prey. He comes from the Fringes, the border between the city and the toxic wasteland beyond.

When they meet, Nico tells her a story, one of genocide and confiscated bodies. Not revenge, but justice is his purpose and his target is the most admired family in the world-Commander Hathaway and his daughter.

Hathaway's soldiers are slaughtering Fringers and secretly feeding them to Revenants, mutants who survived the bio-bombing of 2120. They have a twisted idea they can train these clever creatures like dogs and keep them out of the city long enough to mobilize an evacuation for the wealthy and well-connected.

Savannah knows better. Revenants are what killed her. When they attack, the last of humankind may be wiped out completely. Stopping Hathaway might just be enough to gain her redemption and escape a hellish fate.