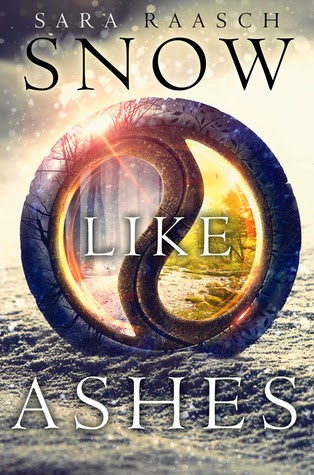 
A heartbroken girl. A fierce warrior. A hero in the making.

Sixteen years ago the Kingdom of Winter was conquered and its citizens enslaved, leaving them without magic or a monarch. Now, the Winterians’ only hope for freedom is the eight survivors who managed to escape, and who have been waiting for the opportunity to steal back Winter’s magic and rebuild the kingdom ever since.

Orphaned as an infant during Winter’s defeat, Meira has lived her whole life as a refugee, raised by the Winterians’ general, Sir. Training to be a warrior—and desperately in love with her best friend, and future king, Mather — she would do anything to help her kingdom rise to power again.

So when scouts discover the location of the ancient locket that can restore Winter’s magic, Meira decides to go after it herself. Finally, she’s scaling towers, fighting enemy soldiers, and serving her kingdom just as she’s always dreamed she would. But the mission doesn’t go as planned, and Meira soon finds herself thrust into a world of evil magic and dangerous politics – and ultimately comes to realize that her destiny is not, never has been, her own.


SNOW LIKE ASHES sucked me in from the moment I started reading it. It was beautifully written with a great storyline and characters you grow to care about pretty quickly.

Meira has a huge heart and a drive to help get the kingdom she was born into back at all costs. She was raised as a warrior, but treated like a child. She doesn't really understand why she is being held back from helping defeat those that are hunting her and all the other Winter refugees, but she can and does push to help at every turn. It was very easy to relate and fall in love with Meira. She's a strong person and it shows pretty early on in the book.

Meira is in love with her best friend, Mather. Because he is the future king she has no choice but to love him from the sidelines and is told often by Sir that they can not be together. Enter the love triangle. When the Winterians find refuge in Cordell she is pawned off to the future king, Theron in exchange for their help. She is willing to help her kingdom in any way she can, but never thought she would be used as a bargaining chip and never thought that she would actually start to have feelings for Theron. I honestly like both of her options and not sure who would be more perfect for her.

There is a lot of adventure, pain, sacrifice and secrets involved in SNOW LIKE ASHES. I had an idea where the story might have been going before the big reveal but I was still really excited to have my thoughts confirmed. There is just something about Meira that pulls everyone to her and makes them want to help her. I am really looking forward to seeing what happens as the characters get their kingdom back. I know they all have a lot of work ahead of them and I'm hoping the series keeps up the momentum of SNOW LIKE ASHES.

Happy Reading!
Posted by StacyUFI at 2:00 AM 2 comments: