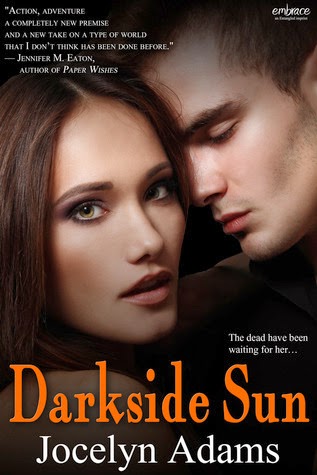 
Addison Beckett tries hard to pretend she’s normal, but she’s far from it. Since she was six years old, she’s seen the world around her unraveling, as if someone is pulling a thread from a sweater and it’s all slowly coming undone. When she ignores it, it goes away, so that’s what she does.
Enter her arrogant-but-hot professor Asher Green. He knows all about her special brand of crazy. In fact, he might be just as nuts as she is. Asher insists that the dead from a parallel dimension are trying to possess the living in this one. And since Addison seems to be the only one who can see these “wraiths,” she just might be the key to saving the world.
Addison wants nothing to do with Asher or his secret society, The Mortal Machine. But as their animosity grows, she finds it harder and harder to ignore the chemistry between them. And when she discovers that Machine laws forbid her from touching him, she realizes that’s all she wants to do.
Stop the wraiths. Break the rules. Save the world. All in a day’s work.
Normal was overrated, anyway.


The blurb does a really good job of giving a basic rundown of the book. DARKSIDE SUN started out a bit slow and confusing but picked up and I felt straitened out about 1/3 of the way in.

Addison was super stubborn for most of the book but I totally got why. She has no idea why she sees what she sees but when she has the chance to learn she doesn't take it as seriously as I would imagine she should. She is ripped away from her life and has every decision made for her. She is hunted and attacked by those around her yet steps up and learns all she can to protect herself. She falls in love with Asher but he pushes her away. She is dealing with a lot. Asher as you will quickly tell has serious issues. He's a pain in the ass that thinks he knows better than everyone else. He falls hard for Addison but doesn't think they should be together so decides that they won't on his own. He never tells anyone anything, just tells them what to do. Uggh he was annoying, but I still kinda liked him and was rooting for him and Addison once I got to know him and why he acts like he does.

I really enjoyed the storyline but the world building and flow of the story wasn't as strong as I would have liked. The ending is a killer. Pain, frustration, and a huge cliffhanger that makes you want to scream.